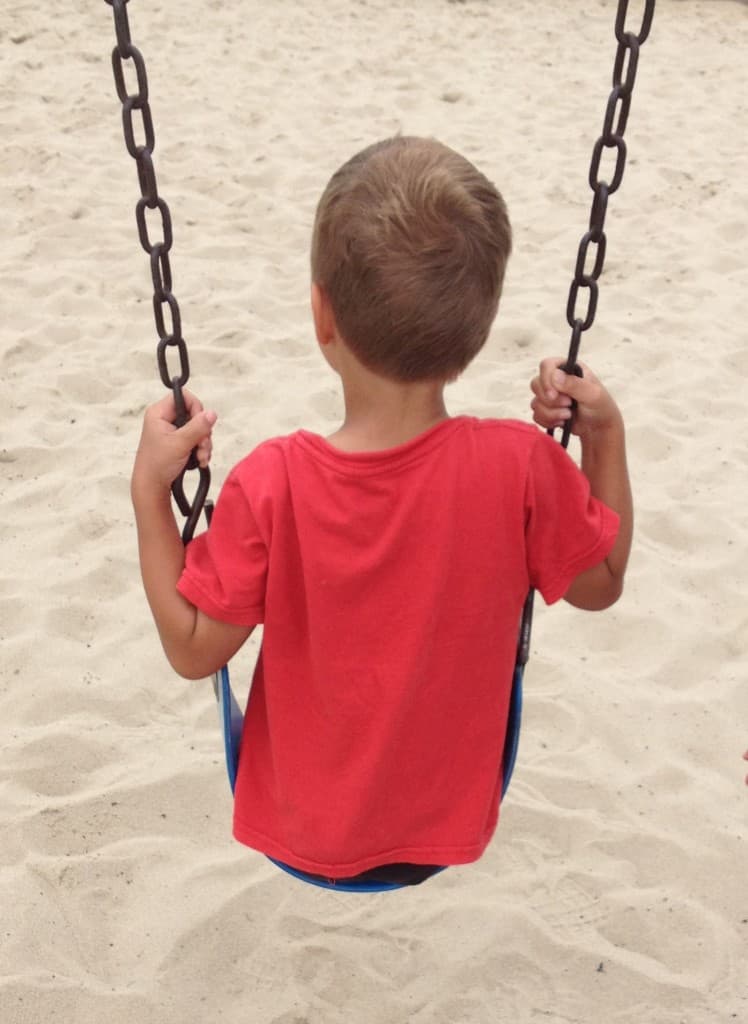 I am with my kids at the park when they rush to the swings.  I start to push Big A while Little D swings on his tummy, as he always does.  He has yet to sit on a big-kid swing and well, swing.

But all of a sudden he asks: “can I sit there?” pointing to the swing.  I put him on the seat and he starts to pump his legs, accepting small pushes from me. Any parent of a late bloomer knows how exciting these little moments are.  While most kids take this step at 2, 3 or 4, Little D is doing it at the ripe old age of 5.

I’ve written before about my son being late with lots of things, but this swing surprise reminds me how blessed I am to have a late bloomer because it has taught me invaluable lessons. These are the top three that come to mind.

Lesson 1: No two people are alike

The thing is, with child number two, doing the same things and getting a different result sort of threw me into a panic.

Now I see it plain as day — in a world with billions of people, no two people are alike.  Each one of us has a God-given uniqueness and that’s pretty amazing.  It’s not that he can’t do the same things as Big A, it’s that he has a different way –and timeline — for doing them.

Lesson 2: They will eventually do it if they are not pushed

Late bloomers take their time and are cautious kids, which is not such a bad quality when you think about it.  When we push them, we go against their very nature and this only makes matters worse.  This is when parents need to trust that in their own time, with exposure of course, kids will step up when they are ready.

I’ve had enough experiences with Little D to know he will eventually get there, but he’s likely to be later than most, and I’m okay with that.  I’ve learned about patience, trust and how important it is to put my own agenda aside so my kid can be who he is.

In a classic 1960’s study, teachers were told a portion of average-scoring students had “unusual potential for intellectual growth” and were expected to do very well by the end of the year. Eight months later they re-tested the students. Those that were labeled as “intelligent” had significantly higher test scores than the other kids not given this label to the teachers.

If positive labels can stick to kids, you had better believe negative ones can as well.  Think of what the “you’re so picky” label does to the child who is simply more cautious with food or what the “troublemaker” label does for the kid who has trouble sitting because he’s really creative.

Having a late bloomer reminds me that children are in a constant state of change and to be labeled prematurely can have unintended consequences.  In a book I recently read called Mastery (more in a later post), many of the most accomplished people in history, like Charles Darwin, were not only late bloomers but didn’t always do well in school.

From kids to adults

So I take these lessons into my own life.  How can I use my uniqueness to make something that isn’t working work? What am I needlessly forcing in my life that needs to happen in its own time?  What (untrue) labels have stuck that keep me from self improvement?

When you think about it, we are all late to bloom in one area or another.  Wouldn’t life be sad if there was an age limit to learning new things and growing as a person.

So thanks Little D for reminding me that it’s never too late to bloom.