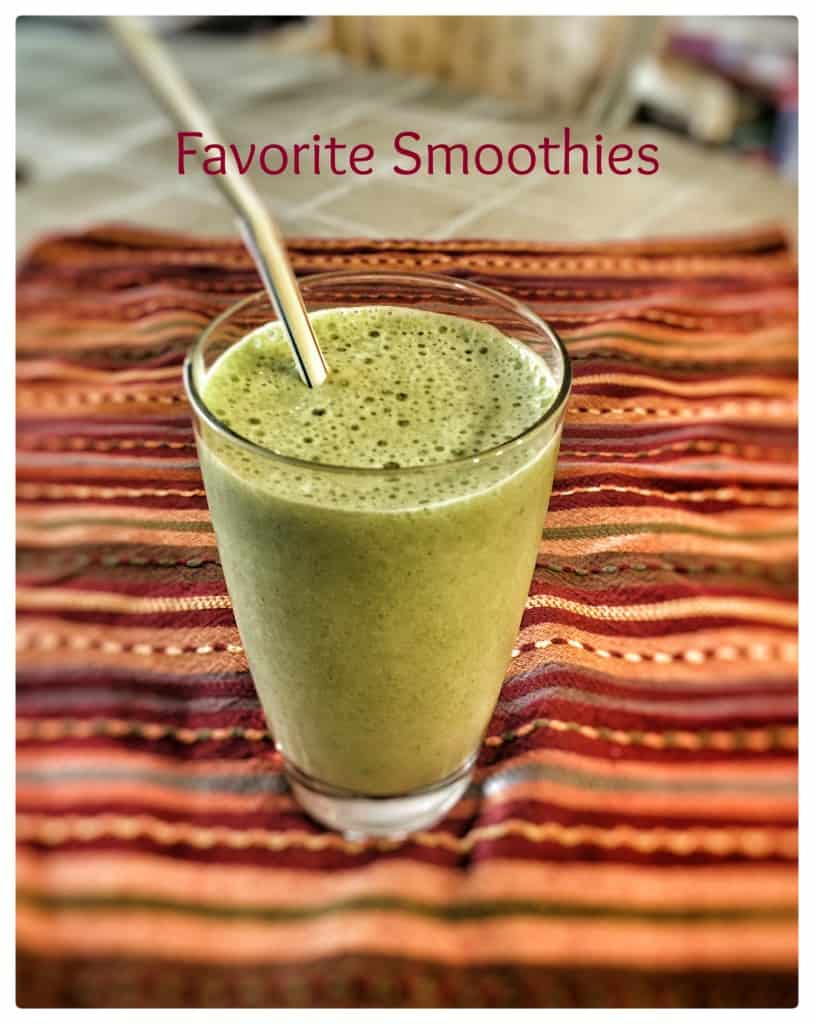 I love smoothies and make them frequently throughout the week.

When I’m too lazy to put out a fruit or veggie with lunch, it’s smoothie time.

When it’s hot outside (like it has been the past few days), it’s smoothie time.

When I feel like we’re running to event after event and are eating with less variety, it’s smoothie time.

While I play around and make different smoothies, right now these are our three favorites. Just so you know, I use a high-powered blender (Blendtec). We typically don’t eat them for a meal, but rather a snack or part of a meal.

My frustration with Little D’s disinterest in fruit brought me to this smoothie many moons ago. I sometimes add chocolate or flaxmeal (or both) and have been known to throw in a celery stick but this is my base recipe. He and I usually share this smoothie.

Big A used to enjoy a strawberry yogurt smoothie base, but she started rejecting it. She loves Berry Beet It at Jamba Juice, which is no longer offered. To make this I add 1 cup frozen mangos, 1 cup frozen blueberries, 1 cup frozen strawberries along with 1/2 cup of carrot, 1/2 cup spinach, 1 cup grape juice, and 1/2 cup water. I usually put the leftovers in popsicle molds. 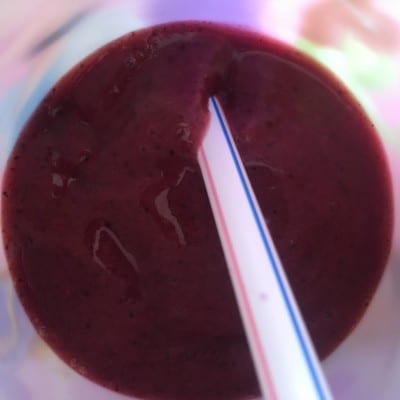 When my husband told me his favorite store-bought smoothie is one with kale and pineapple, I knew we had to add it to our collection. Then, like magic, this recipe appeared on Mom’s Kitchen Handbook. The only difference is I add 1 cup of greens (kale or spinach) and use cow’s milk.

So tell me, what’s your favorite smoothie? Leave the recipe (or link) in the comments.