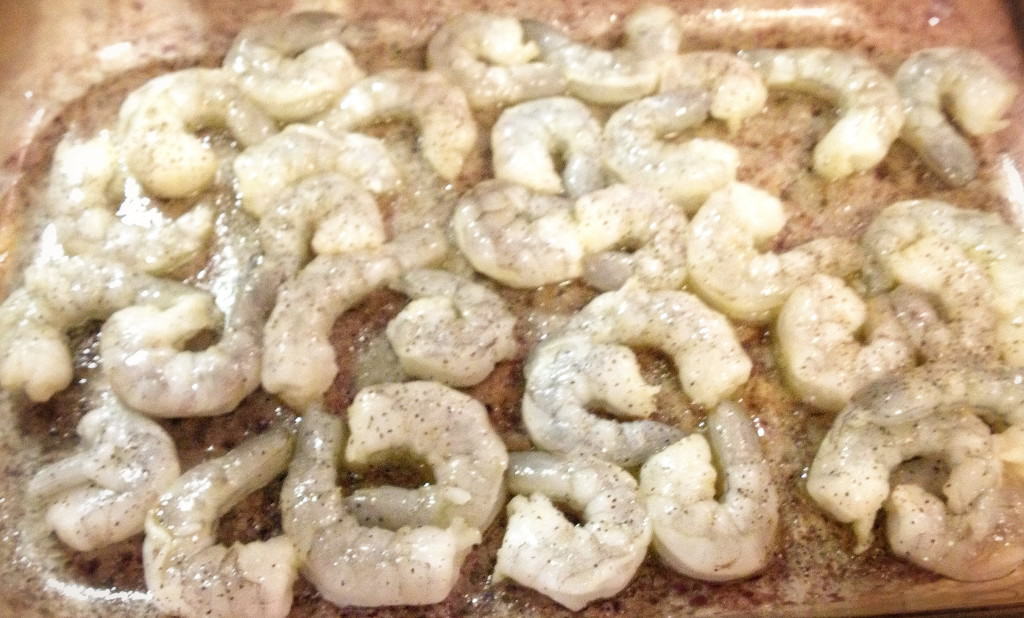 This challenge is getting difficult but I’m more than halfway there! Today I’m highlighting two shrimp meals and my never-ending attempt at Salmon Cakes.

I like cooking with shrimp because it cooks fast and is easy to defrost.  I posted this baked shrimp and broccoli recipe awhile ago but I want something different. I tested it on my husband when he came home early for lunch Monday but wanted to wait before serving it to the kids.

I defrosted a pound of shrimp and tossed it with olive oil and salt and pepper. At 400F, I baked it in a dish for about 10 minutes (I usually add a veggie first but was short on time). While it was cooking I worked on the sauce which is 1 cup orange juice, 2 Tbsp soy sauce and 1 Tbsp sugar  — boil and then stir until it gets syrupy (about 5-6 minutes).  I added 2 garlic cloves and 1/4 tsp. dried ginger to the sauce. The sauce never did get syrupy like the recipe stated. 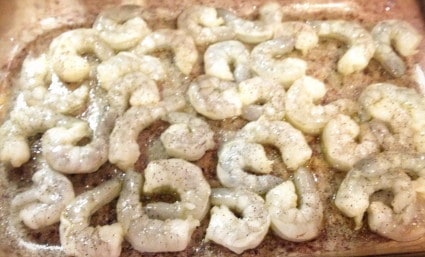 When the shrimp was done I moved it to a bowl and added sauce and chopped green onions. I liked the flavor a lot but my husband said it was “too tangy.” But he tried to get out of it later saying he meant it in a good way.  Hmmm. So I think I’m onto something but will mess around with the sauce and add some veggies. This can also work as a stir fry. 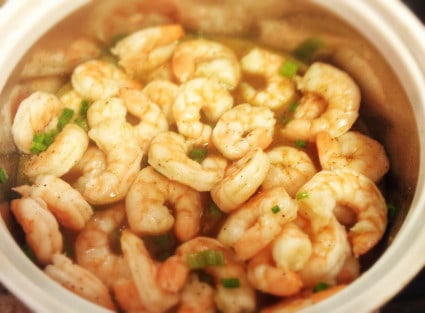 Now I know the original recipe calls for coating and pan frying the shrimp but this feels high maintenance for a weeknight meal. 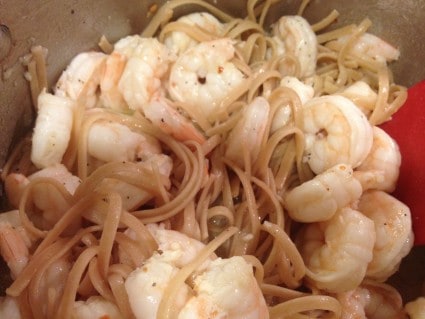 I got this recipe from Weekly Bite. Estela is an awesome cook and hers is a great blog to follow for family friendly meals. I cut the recipe in half for our family and it turned out nice. I serve with a side of veggies or salad (or both) and fruit. It has become a tired and true.

I’ve been wanting to try the salmon cake recipe from Sally’s Dinnertime Survival Guide book. I combined ideas from her recipe with my old one. And this came out pretty good. I’m still not satisfied with the sauce — and want to make one or two additions — but I’m almost there.  Not quite ready to post. 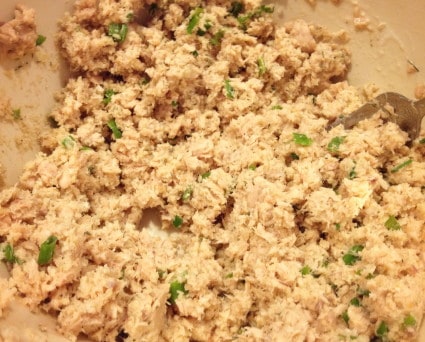 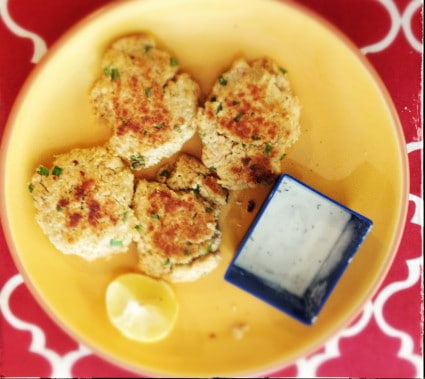 Are you making any new meals this month?  How is it going?