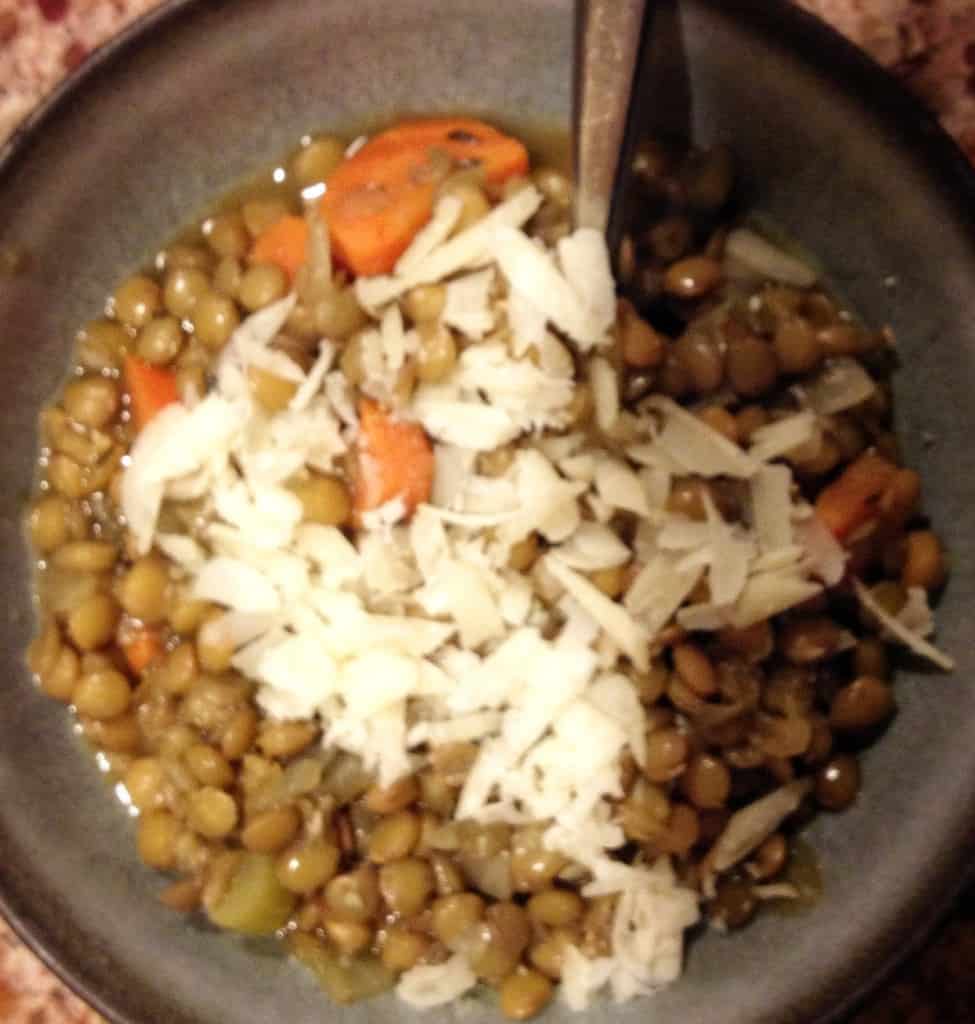 I focused on soups last week. For lunches, I like to have either soup or salad with my meal because it has staying power. Nothing is worse than feeling hungry an hour after eating. Let’s take a look.

I’ve made lentil soup a bunch of times but not one recipe has stuck. I’ve been trying to pinpoint why that happens because it’s usually the reason I don’t make something more often. I sometimes make lentil soup in the slow cooker but then it gets too mushy. Unlike other dried beans, lentils cook quickly so are ideal for the stove-top.

I started by building off this lentil dish I make quite a bit for lunches. I also looked at what others put in their lentil soup and came up with the combo below. Big A, who just started getting into soups, said it was good (only two bites but I’ll take it). And my husband liked it too. It’s wonderful with shredded Parmesan on top. 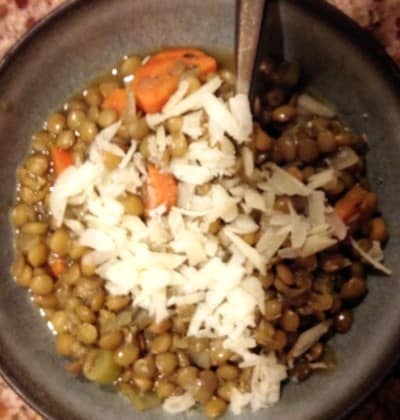 I recently posted this recipe and really liked it. But I know from experience that it’s not until you make something twice that you know it’s a keeper. I’ve had many times I love something the first time only to make it again totally disappointed. This also happens with tasters at the store. Tasted good there but at home not so much.

I don’t really consider this a main meal because it doesn’t contain a key protein source and isn’t as filling as a bean/meat soup. But I love butternut squash and figure I can serve it with grilled cheese or even as a side. I sauteed about 1/2 cup of chopped onion in olive oil for about 5 minutes. Then I added 3 cups of chopped butternut squash (store-bought baggie) and about 1/2 cup chopped carrots, 2 cups of broth, 1/2 cup milk, 1/2 tsp salt, 1/2 teaspoon cinnamon and 1/4 tsp nutmeg. I brought it to a boil and then let it simmer until the squash and carrots were soft, about 20 minutes. I blended it all together until it reached a pureed consistency. 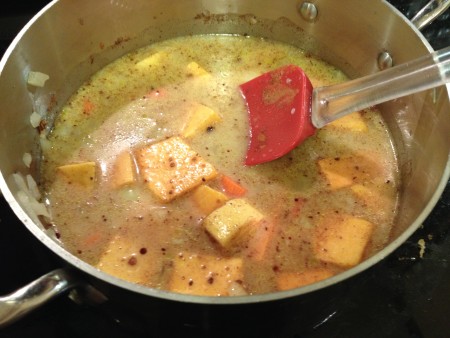 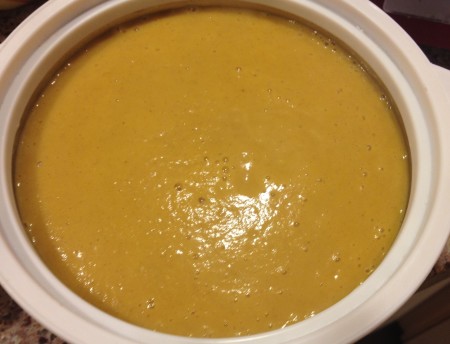 This had a great flavor and I think it’s good but I might be the only one. I gave the kids a straw to try it with, and Big A gave it a sideways thumbs up. Little D didn’t go for it and the hubs kind of shrugged his shoulders.

I’ve tried pork tenderloin in the slow cooker but it always ends up too tough. I think part of it is because my slow cooker cooks high. I was looking for recipes and spotted this one from Ellie Krieger. Rubs are so easy to use and make ahead of time for quick prep. This was tender and flavorful. Big A said it tasted like chicken. I said, well, pork is the other white meat (couldn’t resist). I will make this again for sure. 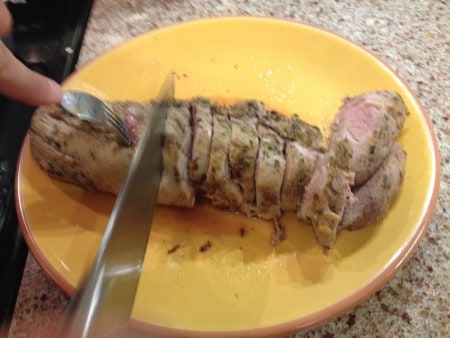 A Word on Sides

I’ve been working on sides too. I love roasting broccoli and cauliflower but sometimes it turns out and others times it’s not as good. I wanted to pinpoint a specific recipe for me. So I tried a couple variations and this one is best.

First I use, the 12 ounce bags from Trader Joe’s and place in a big plastic bag with 2 tablespoons olive oil and 2 minced garlic cloves. I lay the broccoli on a baking sheet and sprinkle it with salt and pepper and roast at 425F for 20 minutes or until it’s a bit browned. Then I put it in a bowl and mix with about a tsp more of olive oil, 2 Tbsp. Parmesan cheese and more salt if needed. 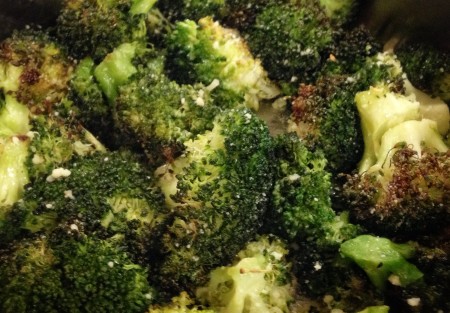 For me, this is better than dessert.