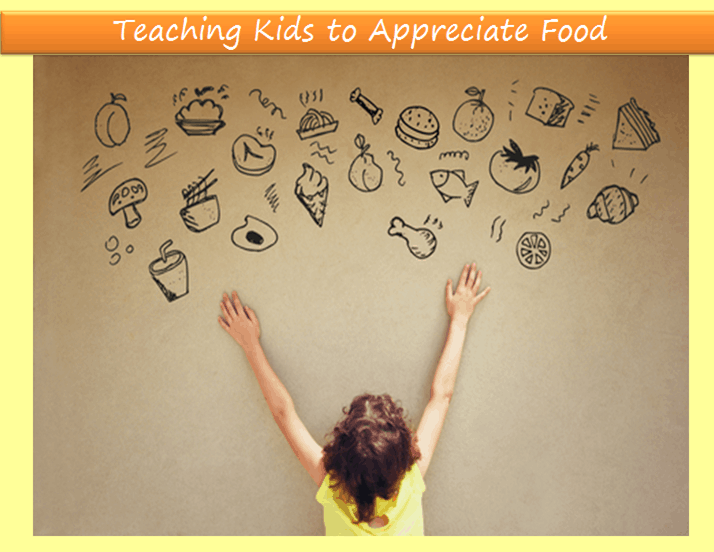 Jane was off to college, leaving home for the first time. She found the local grocery store and decided to shop for food on the weekend to make simple meals. She also stopped during study time to enjoy a meal because it was time to eat. Not only that, but she also set the table and said grace before eating. Her roommate didn’t do any of these things. In fact, she snacked through study time and often grabbed food on the go.

The key differences between these two young adults were one had cultivated an appreciation for food and the other did not. It’s not just about knowing what food to eat but enjoying good food so much that you want to make it a regular part of daily life.

So here are 5 things you can do to help your children cultivate an appreciation for food that will last a lifetime.

1. Family meals at the table

Taking time out of our day to sit at the table and eat together is very powerful. It teaches children that we’re never too busy to stop and eat. It teaches them that everyone eats the same meal. It teaches them to expect regular meals so they don’t have to worry about where their next meal is coming from.

Research suggests that people who eat while distracted (while watching TV or on the computer), are likely to eat more later compared to those who don’t. This isn’t surprising. Are you more satisfied after doing something if you were focused on it or your attention was split? Regular meals at the table help kids focus on their food, listen to their bodies, and eat the right amount for their body type.

Harvard researchers performed four experiments to examine the effect of rituals on the enjoyment of food (chocolate, lemonade, and carrots). In every experiment rituals heightened eating enjoyment. For example, in the first experiment half, the subjects in the chocolate experiment were asked to break the chocolate bar in half without unwrapping and then unwrap and eat half of it. After that, they could unwrap the second part and eat it. Compared to the group not asked to perform the ritual, the ritual group reported more flavor and savoring of the chocolate.

Whether it’s setting the table, saying grace, tossing the salad, the order in which meals are served or anything your family regularly does come mealtime, such rituals are likely to increase food’s pleasure and value for everyone. According to the study, rituals are beneficial in a variety of ways:

“…families that consistently enact ritual behaviors have children with better self-control and academic performance than families that do not make use of rituals. This suggests that perhaps enacting rituals around food as a family would not only heighten the consumption experience but lead to more broadly positive outcomes.”

Consider a child who is always grazing or can eat whenever he wants. Do you think he values meals as much as a child fed with enough time between meals to build a good appetite?

The second experiment in the above study added a delay component to rituals. Those who had to wait longer for the food reported the most pleasurable eating experience. So if children have to wait a bit longer than they want to, they may end up getting even more out of the meal. Over time, this can add to their overall appreciation of food. 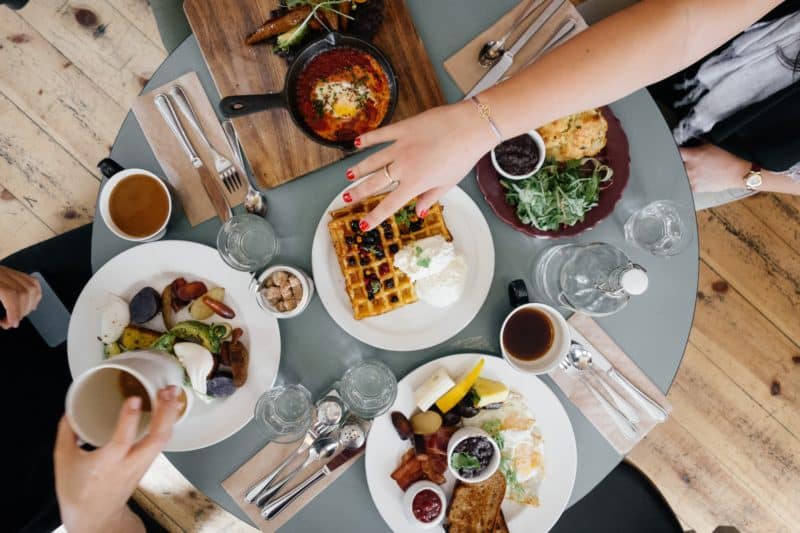 The third experiment in the above study showed that performing the ritual, instead of watching someone else do it, enhances the experience. Bottom line: It’s important to get children involved in meal rituals whether it’s setting the table, leading the prayer or gratitude statement or helping with the meal. And if you’re short on rituals, ask for input on starting a new one.

And it just makes sense that kids that regularly take on responsibilities in the kitchen will have a greater appreciation for all that goes into getting a meal on the table.

Research shows gratitude positively affects well being. In one study with 221 early adolescents, those who were asked to regularly count their blessings in class reported significantly higher satisfaction with school three weeks later.

There are a variety of ways to plant the seed of gratitude when it comes to food. First, as already mentioned, incorporate the ritual of saying gratitude for the meal, whether it’s a prayer or just giving thanks. Second, enforce a no complaining rule at meals (see list of printable family food rules), encouraging kids to focus on the positive. And last, it can be visiting farms, farmer’s markets, or growing your own food to help children feel more connected to what they are eating.

Clearly, there are no quick fixes for raising children who appreciate food. But I have little doubt it’s a vital component of living a healthy life.

How do you encourage food appreciation in your child?