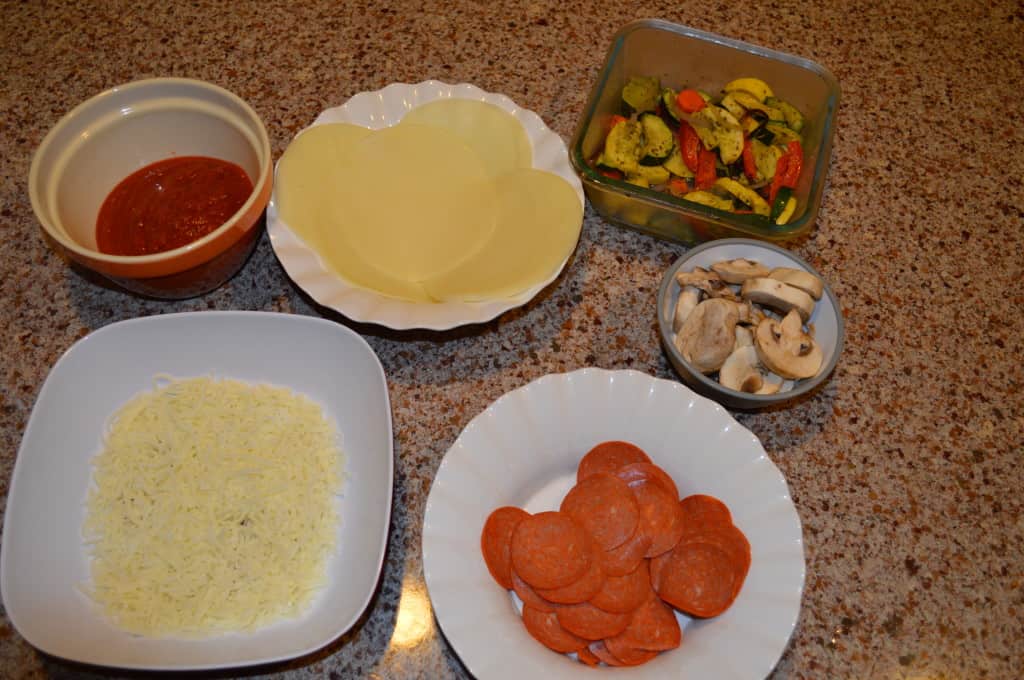 I have a confession to make.  I have had serious challenges making homemade pizza.  I’ve tried making the dough that rises during the day, using quick-rising yeast for faster results, and even failed with the Trader Joe’s ready-made dough.  That’s why I use whole-wheat pitas for make-your-own pizza night.

Applegate is a company that prides itself on providing quality meat with the tagline “changing the meat we eat.”  Their pork and turkey pepperoni products are uncured and come from humanely raised animals that were not given antibiotics.  There are no nitrates or nitrites added, but as they point out the package they do contain naturally occurring nitrates from the sea salt and celery powder added.

I decided to have a pizza making party on Valentine’s Day.  I followed the directions on the pizza crust mix box by adding the yeast provided with water and kneaded the dough with Big A helping me.  There is no need to wait.  The dough felt nice and sturdy and we divided into about 5 pizzas.  You could do more pizzas if you want for thinner crusts.  I will probably do that next time.

I put out the toppings – the sauce they provided (ingredients are tomatoes, basil and salt), two different cheeses (provolone/mozzarella), leftover roasted veggies, the turkey pepperoni and mushrooms. I like to brush each pizza with a little olive oil and garlic powder first.  Then we made our masterpieces. 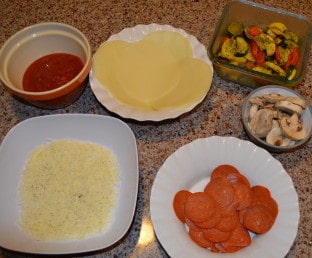 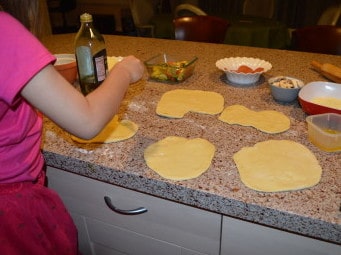 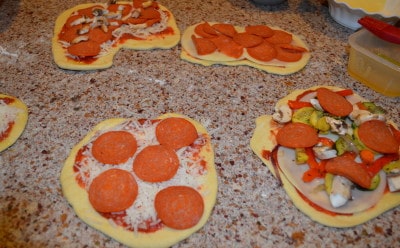 My husband helped me transfer the pizzas to the pizza stone and put them in the oven (no problems, yeah!!).  We did this in two batches and they looked really good.  I was hopeful.  When it was cooking in the oven, I made a salad to go with it. They looked good when they were done cooking. 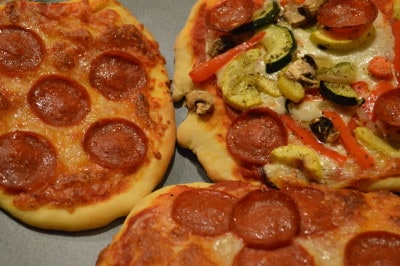 We sat down and all took a bite.  Everyone seemed happy, including me.  The crust was crispy and the whole meal satisfying.  When I asked my husband if it was better than the pita pizza he nodded yes in way that meant “hell, yes.” And at the end of the meal, Big A asked when we were going to make pizza again. 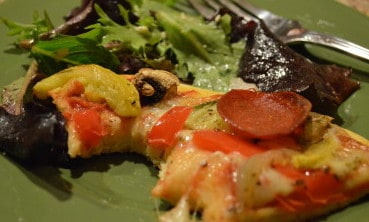 I was redeemed, with a little help from a friend.

I liked all of the products provided in the pizza kit.  The pizza crust mix is perfect for workdays when you don’t have time to wait for the dough to rise or Friday nights when you’re feeling less than ambitious. And the pepperoni and sauce are tasty. I also learned that provolone is a great “pizza topping” option.

I asked if Applegate if they could send the same pizza making kit ($100 value) to one of my readers and they were more than happy to. (full disclosure: They sent the complimentary product but I was in no way compensated or influenced to write this review.  My opinions are my own.) 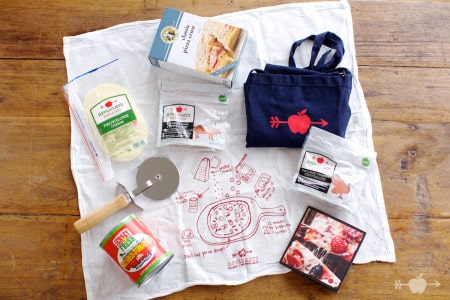 Here’s how to enter the giveaway:

This giveaway will end next Wednesday March 5th at midnight.  A winner will be chosen using random.org.