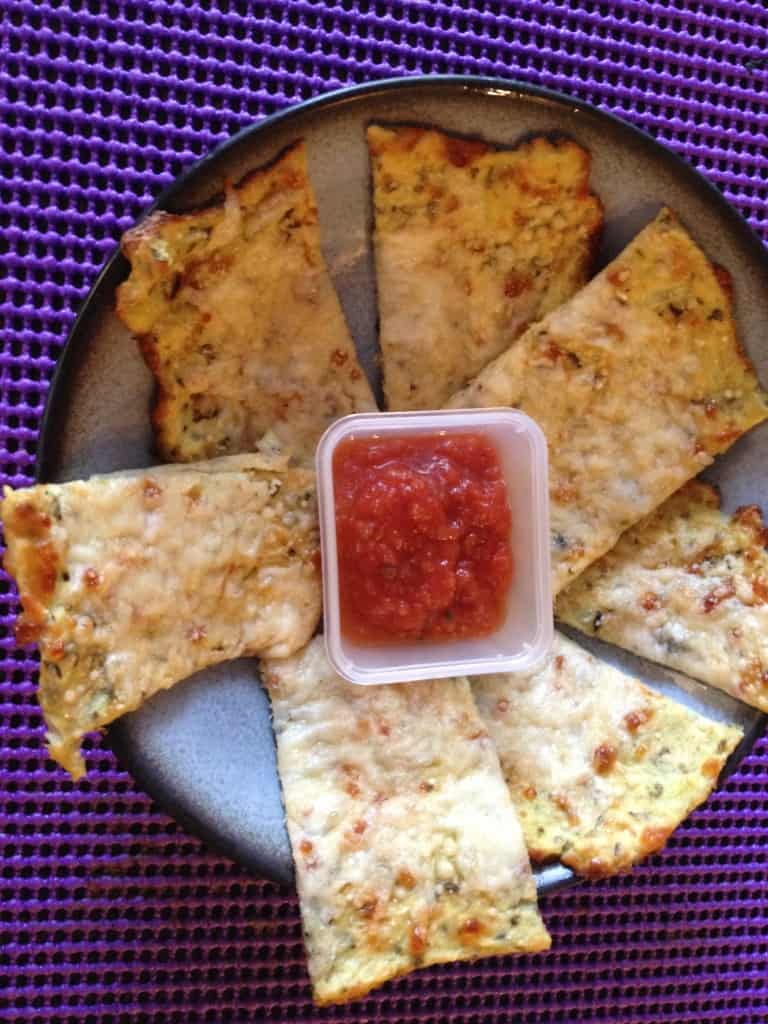 I have been seeing recipes with cauliflower used as the base for a pizza crust for some time now.  When I spotted this recipe on Super Healthy Kids Facebook Page, I knew I had to try it.

It was good!  I put it out along with some other pizzas we were having.  Anna gave it a medium to high thumbs-up, Little D didn’t try it and both my husband and I liked it.  I didn’t chop the cauliflower before steaming (I’m such a rebel) and it still turned out.  I served it with this quick-made sauce adapted from Cooking Light’s Real Family Food.

For more details on the recipes (including step-by-step pictures) check out the original on Super Healthy Kids.  Anyone cook with cauliflower this way? 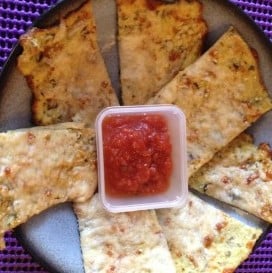