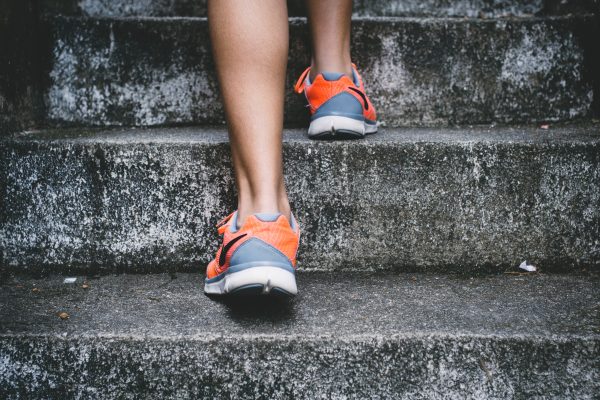 Moms come in all different shapes and sizes. Some are still having a hard time losing the baby weight – even years after birth. Others weigh the same as they did before pregnancy but feel their fat has redistributed to all the wrong places. And there are those who didn’t give birth at all but because they are now a mom, they lack the time to really do anything about their weight.

I might as well let you know my bias up front: I don’t believe in dieting. I’m not just referring to popular weight loss diets. I’m talking about following any set of strict “food rules” — even those that are self-made. But when it comes to moms, I think dieting is an especially a poor fit. Let me explain why.

A 2007 review in American Psychologist revealed that up to two-thirds of people following restricted-calorie diets gained the weight back. This is often seen in the literature – weight loss is doable over the short term but maintaining it is a different story. You probably know plenty of people who have lost weight only to regain it back. Even celebrities like Oprah, with all their advantages, admit to having a hard time.

2. Moms don’t have time to diet

Following a specific diet requires you to eat differently from your family. I don’t know about you, but I have a hard enough time preparing one meal for dinner much less two. As moms we are already in charge of feeding our families – and it’s too much of a strain to prepare two meals. And when you add in the extra cost in a tough economy, it just doesn’t make sense.

Parents serve as food role models for their children, especially mothers to their daughters. According to a 2000 study published in the Journal of the American Dietetic Association, 5-year old girls with dieting moms were more than twice as likely to have ideas about dieting than girls without dieting moms: 5-years old! I don’t think any mom wants their children to ever diet, much less be at increased risk for future disordered eating.

Remember, it’s our job to teach children how to eat a variety of foods, including fun foods that are higher in calories. If we can’t eat such items in moderation, how can we expect them to do so?

So what can moms do?

The first step is letting go of the dieting person you used to be. Instead of using strategies that may have worked for you in the past, embrace your mom role and actually use it to your advantage. In fact, the best diet coach in the world happens to be your child – and they don’t charge. In all seriousness, we can learn a great deal from our little ones.

Eat when you’re hungry and stop when you’re full: When my two-year-old daughter snacks more than usual before dinner she ends up picking at her meal for two minutes and then exclaims “all done!” She reached her calorie quota for the day and she’s full. I don’t insist she eat more because she’s listening to her body and that’s a good thing. Moms can benefit from listening to, and honoring, their own hunger signals. When you take the time to eat and really enjoy it you’ll notice that moment you start to feel full – and satisfied– and that’s a good time to tell yourself “all done.”

Get immersed in your life: A woman I used to work with had lost quite a bit of weight and was getting a ton of attention. I usually avoid asking people how they lost weight but when she sat next to me in a boring work meeting the subject came up. Instead of saying she cut sugar or followed some popular diet she said “I’m happy.” She went on to explain that she had started acting again, even got into a play, and lost interest in overeating. Children are the best example of this: they are so excited about life that they have to be reminded to eat. As moms, sometimes we forget about our personal passions because of the demands of the job. But if you can slowly pick them back up, or take time to discover what they are, vigorous eating can lose its luster.

Use love as a motivation to put health first: It’s hard to describe the love a mother has for her child. I still can’t get over this powerful force. But many of us make the mistake of putting all the energy into our child’s health while ignoring our own – and it can backfire. Instead of using guilt and “shoulds” to eat better (which don’t work by the way), think about how you want to be around when your children get older. The key is to start loving yourself as much as you love your little one. Put the same type of care into what you eat and you’ll get double back.