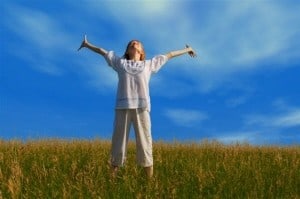 See this article for the most recent information on Vitamin D

The media has gone crazy reporting news on vitamin D, the “sunshine” vitamin. In the last decade, studies suggest that a lack of vitamin D may increase the risk of everything from multiple sclerosis to dying from cancer.

Is all they report true? Is your family getting enough vitamin D? And if they’re not, what should you do about it?

Luckily, I got a chance to talk with the foremost authority on vitamin D, Dr. Michael Holick, Director of Skin and Bone Research Laboratory at Boston University. Holick has spent the last 30 years studying Vitamin D and he’s got a lot to say on the subject.

Vitamin D is unique because unlike other vitamins its main source is the sun, not food. Basically, vitamin D is manufactured in the skin when ultraviolet rays get in direct contact with the body’s largest organ. Holick says living organisms have been producing vitamin D from the sun for approximately 750 million years!

“Because we have evolved from highly sun-exposed beings, our bodies need vitamin D to function properly,” says Holick. Yet lifestyles have changed drastically in the last 100 years – people work indoors, wear sunscreen and cities have more pollution. “Modern lifestyles have drastically reduced people’s exposure to sunlight and that includes vitamin D production.”

What about diet? Well, vitamin D is found in few foods including fatty fish (salmon, mackerel and herring), cod liver oil, and fortified milk and cereals. And newer studies show that the number of adults and children may be much higher than once thought. Holick estimates that 30 to 50% of adults and children are at risk for vitamin D deficiency worldwide.

One of vitamin D’s well-known roles in enhancing calcium absorption for bone growth and maintenance. It is well accepted that vitamin D insufficiency increases the risk of osteomalacia (bone/muscle pain), osteopenia (lower than normal bone density) osteoporosis, and bone fractures in adults. Vitamin D deficiency is also responsible for rickets and growth retardation in children, which has made a comeback in recent years.

Vitamin D also plays a role in immune function and reducing inflammation. “The key is that every tissue and cell in the body has a vitamin D receptor,” says Holick. “It’s there for a reason – to alter your immune system and regulate cell growth”

Holick explains the importance of vitamin D in regulating cells – and that includes inhibiting the growth of cancer cells. Growing research suggests that vitamin D deficiency can increase a person’s risk for developing cancer of the colon, breast, prostate, and ovary. Even though most of the research is retrospective (looking at data from the past), Holick says results from animal studies support this theory. Additionally, it has been known for decades that people living in higher latitudes are more likely to die from cancer.

None of this means that vitamin D insufficiency causes all of these chronic diseases. It’s just apparent that the sunshine vitamin plays an important role in their prevention.

Over 50: People over the age of 50 are ineffective at making vitamin D. Holick says after the same amount of time in the sun, a 70-year-old will make 25% of the vitamin D that a 20-year-old produces.

Obese individuals: Vitamin D, a fat-soluble vitamin, is believed to get trapped in the large fat stores of obese individuals causing less of it to be utilized by the body.

Limited exposure to sunlight: Individuals who are homebound, live in high altitudes like New England or work indoors during the day, are at higher risk for vitamin D deficiency due to limited sun exposure.

Breastfed babies: Because breast milk is low in vitamin D, the American Academy of Pediatrics recommends supplementation starting the first few days of life. The AAP also recommends 400 IU vitamin D for older children consuming less than 400 IU (the amount in 4 cups of milk per day).

Most scientists agree that the current dietary recommendations are too low – not to mention they are over ten years old. For babies up to adults 50 years old, the recommended amount is 200 IU (International Units). That jumps to 400 IU for people 51-70 and to 600 IU for those over 70. It’s important to note that the AAP recommends breastfed infants get 400 IU until they are weaned. Most experts now recommend that people of all ages need 1000 to 2000 IU of vitamin D a day. The upper, safe limit is 2000 IU/day.

The Sun: Holick recommends 5-15 minutes of direct sunlight, 2-3 times per week on the arms and legs between the hours of 10 and 3 pm when the UVB photons are able to reach the earth’s surface. He suggests applying sunscreen after that time period is up. Avoiding sun exposure on the face is recommended as it only accounts for 9% of total body exposure.

Supplements: If you are in one of the susceptible population groups, Holick recommends you take at least 1000 IU of vitamin D daily. And if you are obese, you should double that amount to 2000 IU. Some people will benefit from taking vitamin D in the fall and winter when they get less sunlight. Holick says that both vitamin D2 and D3 are acceptable forms of supplemental vitamin D.

Signs and symptoms of vitamin D deficiency include muscle weakness and bone pain though most people will not show any symptoms. Holick says that vitamin D deficiency can be misdiagnosed as fibromyalgia or chronic fatigue syndrome because doctors often check calcium levels, instead of vitamin D, which are likely to be normal. Remember to ask your doctor to have your blood vitamin D levels checked at your next physical.

You’ll be hearing a lot more about vitamin D in the media as new studies are published and the dietary recommendations are changed. RaiseHealthyEaters will be there to help breakdown this information for you.