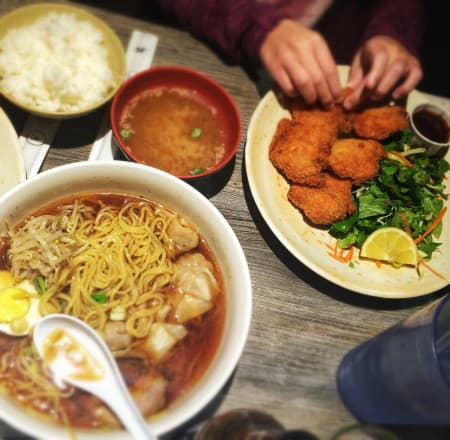 I receive questions from parents all the time.  But there are some that I get over and over, indicating they hit a sore spot with parents. So I am putting more food for thought behind the feeding struggles that seem to cause the most angst for parents. Make sure to leave your own tough-to-deal- with challenges in the comments.

How can I let my child eat dessert if he didn’t touch his meal?

Although parents fixate on the dessert part of the question, I always ask why the child isn’t hungry for dinner in the first place?  Did he snack a lot in the afternoon?  Is there nothing at the table that interests him?  Is it unrealistic food for the child’s age?  Has the child already eaten really well that day?

The first step is to help the child come to dinner with an appetite including not snacking for two to three hours beforehand, having at least one or two items at the table he usually accepts, and maybe moving up the time if he is too tired.  Even when you do all these things, the reality is that young kids will probably go through stages of wanting to skip or pick at dinner as they have low energy needs, leading to a hard time at dinner.

Now for dessert: there are some different options to try.  You could move sweet type foods to snack time and not dinner so there is no conflict. Or you could try what Ellyn Satter recommends — providing a small portion with the meal.  At our house, we have dessert after dinner sporadically so the kids don’t know until the meal is done.  If there is no dessert, they are welcome to have some fruit.

When you think this one through, making a child eat more food in order to get something sweet is not beneficial.  Over time the child doesn’t even have to be asked to eat more, he simply eats the amount he knows you expect, which is the start of eating in response to external cues versus internal ones. And it’s always good for parents to think about the long-term effects of using food as a reward.

Is dessert after dinner a sore spot for you?

What do I do when Charlie eats only one food at dinner and then ask for more of it?

This is usually the question I get when someone is switching from a more controlled feeding style to letting the child take the lead with eating.  If a child hasn’t been allowed to eat more pasta or bread they likely will eat more of it when finally allowed, making up for lost time.  But as I mention in this post, it will not last because kids (and adults) tire of foods — even their favorites.

I think this comes down to expectations.  If parents expect children to eat in a perfectly balanced way at breakfast, lunch, and dinner they will be sorely disappointed and spend much of their precious energy micromanaging meals.

Younger kids tend to focus on one or two items, but they eventually make their way to the other food.  If they are always stopped from eating food they enjoy, they are kept wanting. So by stopping them all the time, you keep the desire to eat the food in question high.

I remember one day a while back that I decided to put some tortilla chips on the table with lunch.  I usually don’t do this and obviously didn’t think it through because that was ALL Big A wanted to eat and it made me very uncomfortable.  I tell parents if there is an item they don’t want their child to eat a lot of, just don’t serve it at that meal.

I see nothing wrong with reminding a child of the other food on their plate, as sometimes they forget it’s there!  Serving meals in courses with the salad first can work if time allows.  But you can also use snacks to fill nutrition gaps and other meals, like breakfast, when children have more of an appetite.

Has anyone successfully gotten over this hump?

If I let my child eat as much as he wants, he will never stop eating! 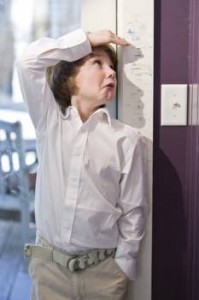 Although many parents deal with kids who don’t eat much, there are some that have big eaters.  Usually, but not always, these big eaters are bigger children.  What often happens is that parents decide that a certain amount of food is too much, and will not allow a child to have more.  This child is then thought to be “unable to regulate food,” and the game of cat and mouse around food begins.

What can happen over time, as shown in research, is children become even more focused on food and may start eating in the absence of hunger because they are not allowed to eat until satisfied.  So they actually do become poor regulators of food intake, but not for the reasons parents think.

All the same, advice I give on this blog applies in this situation but maybe even more important with big eaters.  Eat rhythmic and structured meals at the table.  Provide filling food at meals with a variety of food groups (2-3 food groups at snacks and 4-5 at meals).  Work with children on how to sensibly include fun foods they like so you both are happy (especially when there is food obsession).  Allow them to eat until satisfied as long as they stay at the table.  Don’t use food as a reward or to punish — and take care to stay neutral about what and how much is being eaten.  Let the big eaters enjoy eating!

I met a parent with this challenge at one of my talks and got the chance to connect with her later (see below).  After applying Satter’s division of responsibility to her toddler, she found her child to be much calmer at meals, and what she feared most didn’t happen (growth stayed stable).

“Having big kids that are also big eaters can be challenging.  We’re regularly told about the dangers of obesity, so it’s natural for parents to try and steer kids away from being overweight.  When we started allowing our first child to determine her own food quantities, and I watched my 95th percentile toddler eat a bigger meal than me, I worried.  Was my daughter starting down a path of lifelong weight problems?  What could this do to her health?  What could this do to her self-confidence?   I even wondered if people were judging me harshly for allowing my child to eat such large quantities of food.  Since then I’ve had a realization.  I now strongly believe that our bodies have “set points”, a size they’re meant to be.  I believe that if a person eats a variety of wholesome foods, and stops when they’re full, their body will settle in at the correct size.  And I don’t believe that fighting that design is beneficial.  Sure, you could eat less than your body tells you to, and weigh less and battle with eating and weight gain your entire life (and slowly lose your ability to determine “full”).  That battle can’t be healthy, physically or emotionally.  So finally I answered my own questions.  Was my daughter starting down a path of lifelong weight problems?  Just the opposite — I hope and believe she’s learning to have a healthy, normal, and carefree relationship with food.”