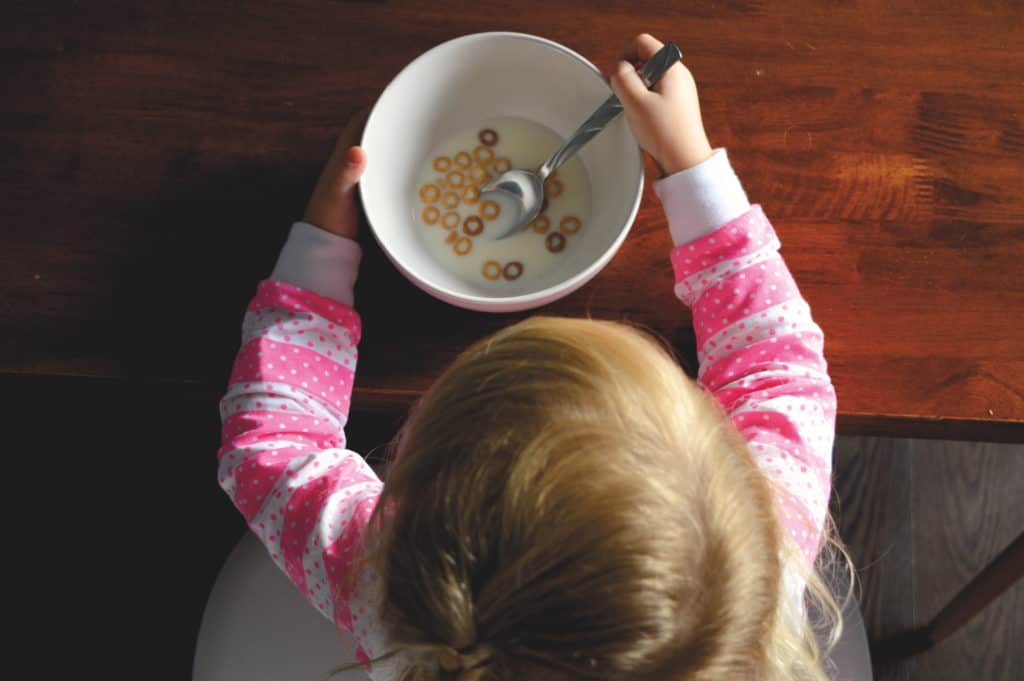 I recently talked to a mom who has struggled with her son who eats few fruits and vegetables. I could see the guilt written on her face. She a good cook and a healthy eater. Her other child eats more of a variety. And even though her son is gradually expanding his food base, it doesn’t matter.  The little voice telling her she could’ve done something more is winning and I hate to see that.

This got me thinking about the guilt that rears its ugly head in my household sometimes. Like how Little D thinks a gourmet meal is a hot dog bun dipped in ketchup.  Shouldn’t I, a dietitian who specializes in feeding, have a kid who at least fills his bun with some protein?

(that’s the guilt talking, not me)

I’m writing this because I know that if I feel this from time to time, you might be feeling it too. And I think it comes down to this: There are a lot of expectations with feeding kids today. And quite frankly, some of these expectations just don’t align with reality.

Don’t get me wrong. I’m happy if you are completely satisfied with the meals you make and that your kids eat just the way you want — both in terms of quantity, quality, and food choices outside the home. I just don’t think that’s how it plays out in most households.

Did we eat perfectly when we were kids?

When I talk to parents drowning in guilt, I usually ask how they ate as kids. Often they admit to being picky or liking sweets a lot or simply eating the way many of us did in the ’70s and ’80s (this article nails it).

Despite this, many of them developed a taste for good food as they got older. My lightbulb moment was when I learned how nutritious food made me feel during college. I really didn’t expand my liking for ethnic food (beyond Italian and Mexican) until I moved to New York much later. This top LA chef admits to having been a picky eater despite a mom who could cook. But he not only learned to appreciate food, he also became downright obsessed with it.

None of this means we should fill our cabinets with low quality food or that we can’t help kids develop a taste for good food sooner (we shouldn’t and we can). But it’s also important to remember that we, too, had different tastes as children that gradually changed over time. And when you think about it, it’s hard to figure out what you want without experiencing at least a little of what you don’t want.

When I’m feeling unhappy about anything in life, 9 times out of 10 I’m trying to control something I can’t. We can’t control our children’s food preferences, their appetite, how their body turns out or what they choose to put in their mouths from what we serve. But we can control the food that ends up in the house, when and where it is served (see Ellyn Satter’s DOR), how we eat ourselves and how pleasant — or miserable — we make the whole experience.

We live in a social media society where everyone puts on their best face, leaving people with the impression that things are supposed to be good all the time. And the only way to put the kibosh on the guilt this produces is to share experiences that aren’t so picture perfect. Then we will realize that we are not only not alone, we are normal.

Do you feel any guilt for the way your child eats?