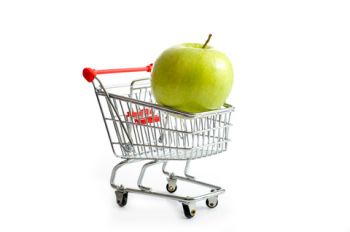 You’re at the grocery store and you have the choice to buy regular orange juice or the kind with added calcium and vitamin D. Should you do it? How about that milk with DHA for your toddler? In today’s world, it seems every food item has some nutrient added to it to make us healthier. But does it really work?

The truth is fortified foods can be helpful, depending on the circumstances, but there are also some “watch outs.” So let’s get to the nitty gritty of the world of fortified foods, and whether or not they are for you and your family.

The Dawn of Fortification — Disease Prevention

In the first half of the 20th century, food fortification was the major defense for eliminating diseases such as goiter, beriberi, rickets and pellagra. By 1924, iodized salt became commonplace after it was found that iodine deficiency (enlarged thyroid gland) led to goiter. In the 1930’s vitamin D was found to prevent the terrible disease of rickets (brittle bones), followed by its addition to milk.

During this same time in history, the trend of using refined flours stripped of their B vitamins led to pellagra with its 4 D symptoms (diarrhea, dermatitis, dementia and death) and the neurological disorder of beriberi. In 1941, a standard of identity was developed for enriched flour to include the B vitamins thiamin, niacin and folic acid and iron. More recently (1998), folic acid fortification was added to this list to help prevent the development of neural tube defects.

All of these voluntary fortification programs worked to eliminate (or reduce) key health issues. It’s important not to forget these lessons. For example, rickets has made a comeback with new cases jumping from 183 in 1995 to 762 in 2011. If we choose not to eat something like iodized salt or foods that contain vitamin D, for example, we need to make sure we get those nutrients somewhere else (see list of foods that contain iodine).

In recent years food fortification has exploded beyond the “prevent disease” strategy. According to the FDA, the addition of a nutrient to a food may be appropriate if it corrects a dietary insufficiency, restores the level of the nutrient lost during processing or storing, helps balance vitamin, mineral and protein content or is used to replace a traditional food (i.e., meal replacements).

The result? Many foods are fortified from cereals to snack bars to orange juice. According to a large study in the Journal of the Academy of Nutrition and Dietetics, fortified food helps children get closer to usual intakes for key nutrients, especially older kids. For example, just over 10% of 2 to 8 year olds fell short on iron with food alone, but this dropped to less than 1% with fortified foods. And 60% and 51.8% of females (14-18) failed to get usual intakes of vitamin C and iron from food alone, but this dropped to 44.8% and 11.5%, respectively, with fortified foods.

But there are certain populations, especially young children, at risk for getting too much of certain nutrients due to fortification and supplements. According to an Environmental Working Group (EWG) report, many cereals and snack bars are fortified at levels too high for young children. In particular, they point to intakes above the Institute of Medicine’s tolerable upper level in vitamin A, zinc and niacin. Other studies find folic acid of concern, especially for 2 to 8 year olds who take supplements on top of fortified foods.

Everyone should read labels and understand all the sources of nutrients their family members are getting, especially before adding a multivitamin to the mix. To avoid excess intake, the EWG recommends

“parents give their children products with no more than 20-to-25 percent of the adult Daily Value for vitamin A, zinc and niacin and monitor their children’s intake of these and other foods so kids do not get too much of these nutrients.”

According to a 2012 study in The Journal of Pediatrics, even among supplement users, children had below recommended intakes for calcium and vitamin D. A 2014 study in the Nutrition Journal revealed that adults get a daily average of 73mg of the omega-3 fatty acids DHA and EPA combined, which is a far cry from the 250mg that two servings (about 8 ounces) of fish provides. And kids aged 2-18 get only 40-45mg of DHA and EPA while the recommendations range from 100-250mg, depending on age.

Is fortification the answer? Well the problem is it’s tough to get the amount needed into food. For example, one mom buys DHA-fortified milk for her toddler who drinks two 4-oz glasses a day. She thinks her non-fish eating daughter is set for DHA but each cup has 32g so she’s only getting less than half the recommended amount (and none of the other fatty acid EPA). The recommended amount of vitamin D is 600IU with most fortified products, like milk, containing about 100IU per serving. So this young girl is hardly meeting the recommended amount of vitamin D. In cases like these, instead of relying on fortified foods that don’t meet needs, it makes sense to supplement.

So it comes down to this: try to eat and feed your family the best diet possible, use fortified foods wisely (and strategically), and supplement not as an insurance policy, but to fill real gaps in the diet.

Do you buy fortified foods for your family?

Berner et al. Fortified foods are major contributors to nutrient intake in the diets of US children and adolescents.  Journal of the American Academy of Nutrition and Dietetics. Published online January 27, 2014.

Environmental Working Group Report: How Much is too Much? Excess Vitamins and Minerals in Foods Can Harm Kids’ Health (2014)

Harika et al. Fatty acid intakes of children and adolescents are not in line with the dietary intake recommendations for future cardiovascular health: a systematic review of dietary intake data from thirty countries.  Br J Nutr. 2011; 106(3)307-16.