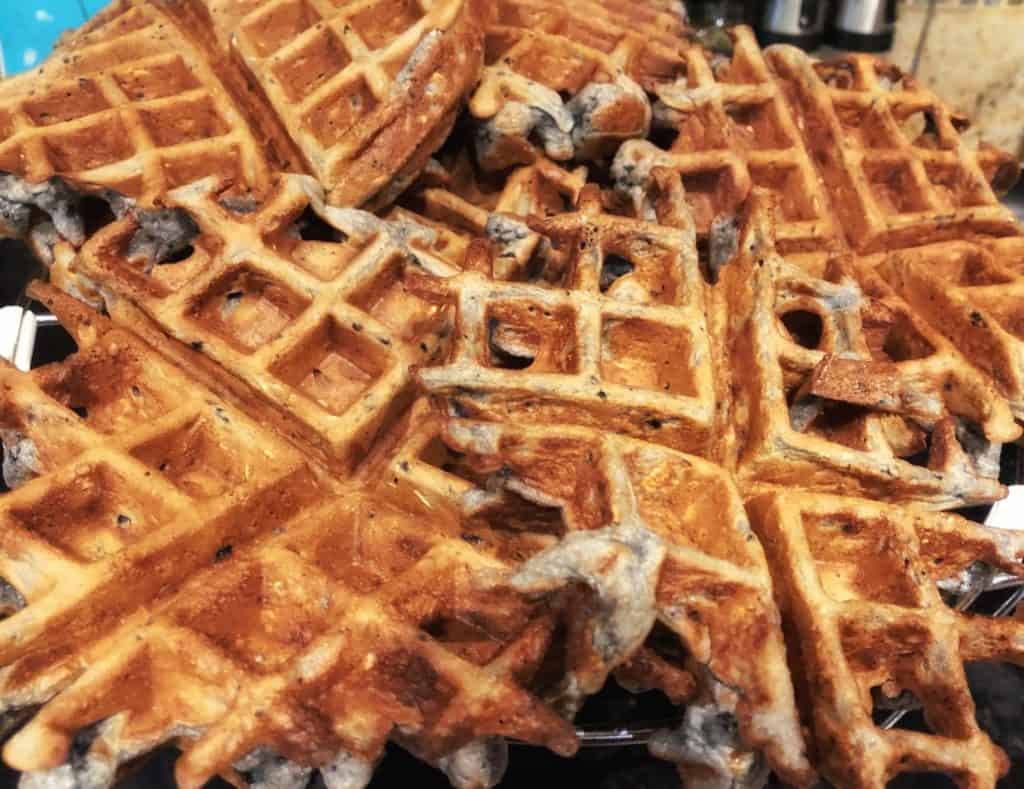 While I make homemade waffles now and then, I don’t really have a go-to favorite. So sometimes I buy the Kashi blueberry waffles and my kids love them.

But now that I’m concentrating on breakfast, I want a Tried-and-True base waffle recipe. The idea is to stock up on these during prep day and freeze them for quick breakfasts during the week.

As I re-do my breakfast rotation, I plan to have Wednesdays be Syrup Day and serve either pancakes, waffles or French toast.

At the same time I was thinking of this, my friend Holly got a new waffle iron. My kids went to her house and tried her waffles. She even sent one home for me to try. The recipe she used was from Cookies and Kate and it calls for oat flour. It was outstanding.

The way to get crispy waffles when using oat flour, Kate says, is to let the batter sit a bit before cooking.

So I tried adding blueberries and including half oats and half whole wheat flour (I use the whole wheat white flour at Trader Joe’s). I have found that when I use quick-cooking oats; I don’t need to blend them first. The new waffle iron makes them nice and crisp.

So I made these and at first, the kids were skeptical. They liked it enough to finish off one, but would they want more?

Little D quickly yelled “more” and ate four while Big A seemed satisfied with two. Even my husband, who is not really a waffle guy, had a couple.

Unfortunately, there was not one left for me, but I took that as a good sign. So we got a base waffle recipe down on the first try.

Do you have a favorite homemade waffle recipe? 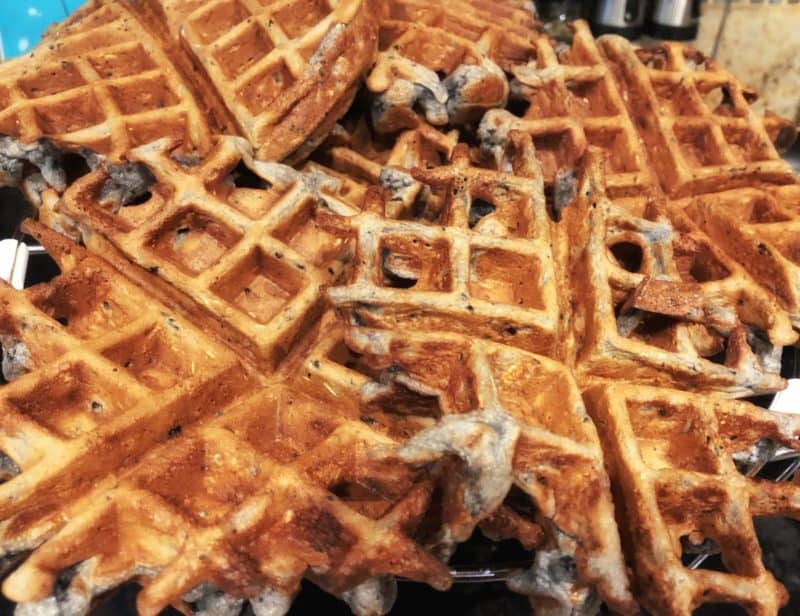