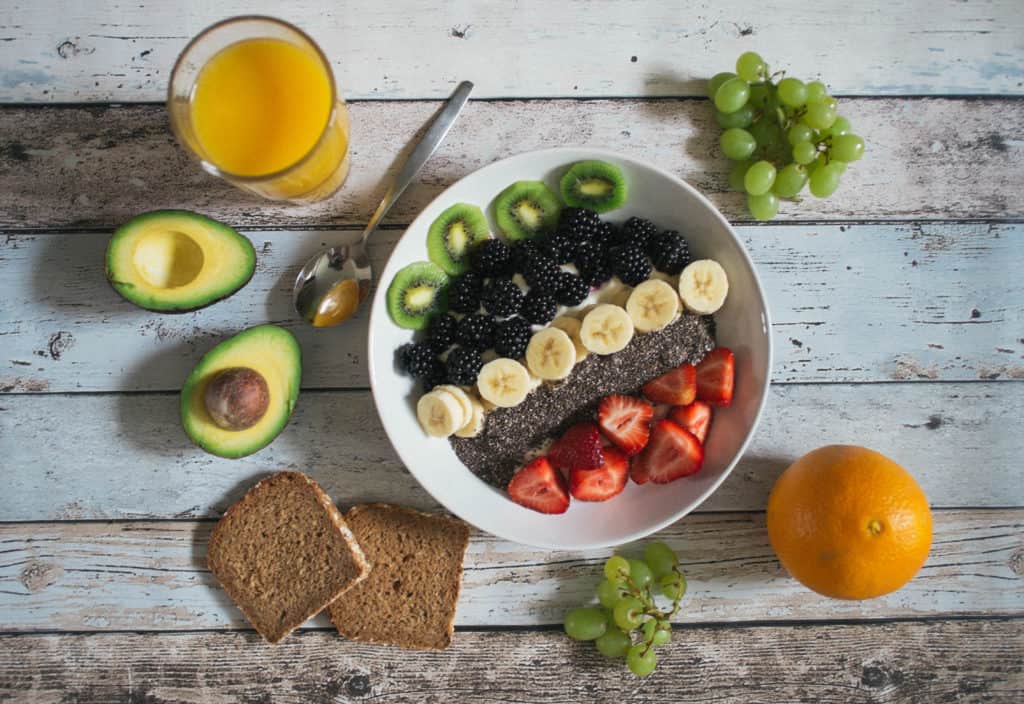 I’ve been reading a lot about snacking in children and whether or not it’s necessary. Some say snacks need to go, except one afternoon nosh, and others say their kids couldn’t survive without constant fuel.

So I wanted to dig into this topic by evaluating the research and providing insight. But first, let’s review the reason snacking is taking a hit in the first place.

Research shows that snacks have risen from 1977 to 2006 with children moving from 2 to 3 snacks per day consisting of almost one-third of daily calories. There has also been an increase in salty snacks and candy as prime food choices, even though desserts and sweetened beverages remain the major sources of calories from snacks.

The calories from snacks have also gone up by 168 calories, with the largest increases in 2 to 6 years olds (182 calories).

So children are snacking more often on foods of low nutritional quality. Time to give up snacking? Not yet….

As Stomachs Grow so Does Time Between Meals

I think it’s important to take a step back and consider why young children need to eat more frequently than adults. For example, an adult’s stomach is about the size of a football while a toddler’s is the size of his fist. This is why newborns eat every 1-3 hours around the clock and as their stomachs grow, they can go longer and eventually stop the night feeds.

By one year, most children are eating about 6 times per day, with the last meal typically consisting of milk or a breastfeeding session. Toddlers tend to eat every 2-3 hours (5-6 meals) while preschoolers may be able to go 3, maybe even 4 hours between meals. Sample meal plans, like those in the American Academy of Pediatrics Handbook, recommend 3 main meals and 2 in between meal snacks for the average toddler/preschooler.

By school age, children can move to a “3 meal and one afternoon snack” routine, but timing of breakfast and lunch matter. For example, a child that starts school early (7:30), meaning breakfast is at 7 or earlier, who doesn’t have lunch until 12:30, would need something in between.

The foods recommended in between meals are nutrient-dense items to help fill nutritional gaps. 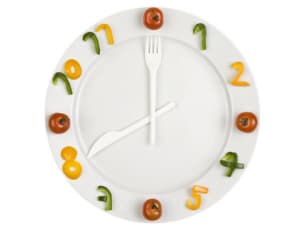 The problem with the research in this area, which mostly looks at weight as the outcome, is there is no set definition for what is a snack, eating occasion or meal. Each study has different criteria, making the results less impactful.

When it comes to meal frequency, research leans toward more frequent meals but not necessarily more snacking. Take a 2012 study published in American Journal of Clinical Nutrition, in which the food intake of 2,732 girls was examined over a 10-year period. The girls with a lower eating frequency had greater increases in Body Mass Index and waist circumference. Yet other studies such as The Bogalusa Heart Study (2003), showed snacking to be positively associated with excess weight.

Because population-based studies (epidemiologic) don’t prove cause and effect, it’s important to look at intervention studies, of which I found two. One, done back in the sixties, fed boarding school students either 3 times a day, 5 times or 7. The more frequent eating was associated with less weight gain in older children (10-16 years) but not younger ones (6-11). The authors hypothesize that this may have to do with the adolescent growth spurt, a time when appetite increases.

In the second study, published in the 2011 issue of Obesity, 18 normal weight and 17 obese children, between 6 and 10 years old, were given either three or five feedings in a day of the same calorie value. After each day, children were offered as much ice cream as they wanted. On the frequent feeding day, the obese children ate 73 calories more of ice cream while the normal weight children at 47 calories less. It was hypothesized that higher weight children do better on 3 bigger meals, but because this was short term — one day of each feeding — it’s difficult to say for sure.

Didier Chapelot, a leading researcher on eating patterns, sums up the research in his 2011 paper in the American Society for Nutrition:

An accurate distinction between meals and snacks is important because they are hypothesized to have opposite effects on energy balance. Specifically, a high meal frequency may prevent fat mass deposition, yet snacking may contribute to it.

Chapelot, who presented at the 2009 Experimental Biology conference, explains that what may be most important is letting hunger drive eating occasions.

Understanding your child’s growth and development, something we go into great detail in Fearless Feeding, is key to deciding how often to offer food. As said earlier, younger children need to be offered food more frequently, but it’s important to remember that they should be the ones to choose to eat or not. With growth spurts and changing appetites, parents need to remember that eating is not supposed to be predictable every day.

But it’s not just how often a child eats, but what they are being fed. I think we need to stop defining snacks in terms of the “snack aisle” at the grocery store — fruit snacks, pretzels, crackers, granola bars etc. While once and a while is fine, in between eating should be similar to main meals with fewer food groups, helping meet nutritional gaps and getting little ones (and adults) to the next meal with an appetite.

So tell me, how many times a day does your child eat? Is this a struggle for you?

Want more evidence-based information on raising kids to be good eaters? Check out Maryann’s book: How to Raise a Mindful Eater: 8 Powerful Principles for Transforming Your Child’s Relationship with Food