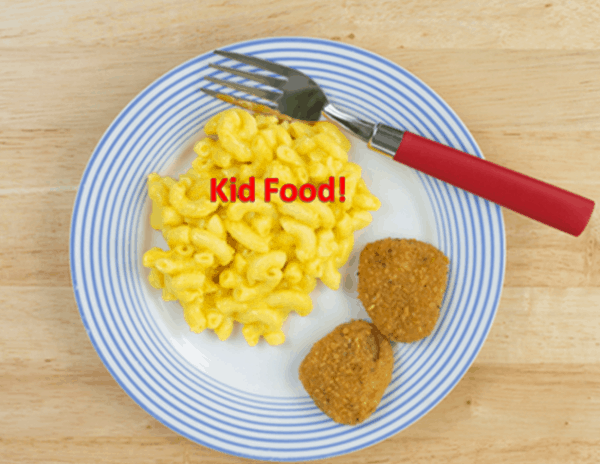 Every day Maria served her 5-year-old son the same old thing for lunch. While it was decently healthy — a turkey sandwich with some fruit — she knew his variety was lacking.

Every time she tried something different he threatened her with ”I won’t eat it.” Working out of fear, she resolved herself to making turkey sandwiches.

What Maria didn’t realize was that her son was holding her hostage when it came to food. He threatened not to eat certain items and she gave in. The result? This kid was allowed way too much control over what he ate and his picky eating was getting worse, not better.

Most kids start out life eating what we give them — and once they transition to finger foods it’s even better, although messier. Take them to a restaurant and just chop up what you’re having. Steam some veggies, cut them up, and watch them go at it.

This is bliss for any parent.

Around the age of two, but sometimes not until they are a bit older, when growth slows and kids become more mentally aware, they get selective and start refusing some of the food that is offered — and it drives parents crazy.

This is when many of the food battles start. Parents often respond to kids saying they don’t want to eat with 4 words: “Oh yes you will!” Often followed up with, “or else you won’t get X.” And often X is some food that they really want to eat.

This makes the mealtime dynamic a hostile one — and kids naturally rebel. Eating no longer becomes about hunger, fullness, and enjoyment but who will get their way. The struggle for power is constantly in play — and nobody wins.

Parents instinctively know food battles are not good — and may give in to their child’s demands. So in this case, instead of fighting with their child, the parent responds with the 5 words: “What else do you want?”

Or in other cases, the parent may stop offering new or previously refused foods and simply makes items that they know their kid will eat. This gives children little opportunity to expand their palate — and it leaves both the parent and child stuck.

So what’s a parent to do? 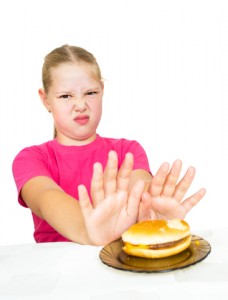 When Big A isn’t happy with the meal or snack I’ve prepared she sometimes tries to hold me hostage.

“I won’t eat that,” she says. And I say six words that instantly change the dynamic: “You don’t have to eat it.”

This usually calms her down, reminding her she has some choice in the matter. And if she’s hungry she’ll eat at least something of what I’m offering.

As I’ve written before on this blog, you don’t have to choose between foods your kid likes and foods they don’t like. You can provide both and make everyone happy.

Children do better with eating when they feel like their food preferences are being honored. But this is very different from catering to them. Let your child know that you will provide the foods they like throughout the week but that you will also be serving other foods.

When Big A wants (shall I say demands) cereal every morning I tell her that “we don’t eat the same thing every day, but we’ll have cereal again soon.” And then I remind her that she gets to decide whether or not to eat it.

It’s important to remember that without a bargaining chip, a child can’t hold you hostage. The truth? Kids don’t have to eat the same amount (or at all) at every meal — this is the biggest myth around.

Bottom line: when it comes to feeding, take control of what you can — the food that is offered in a pleasant environment — and let go of the rest.

How do you deal with it when your child tries to hold you hostage?

Want more guidance on feeding kids? Check out Maryann’s book From Picky to Powerful: The Mindset, Strategies, and Know-How You Need to Empower Your Picky Eater