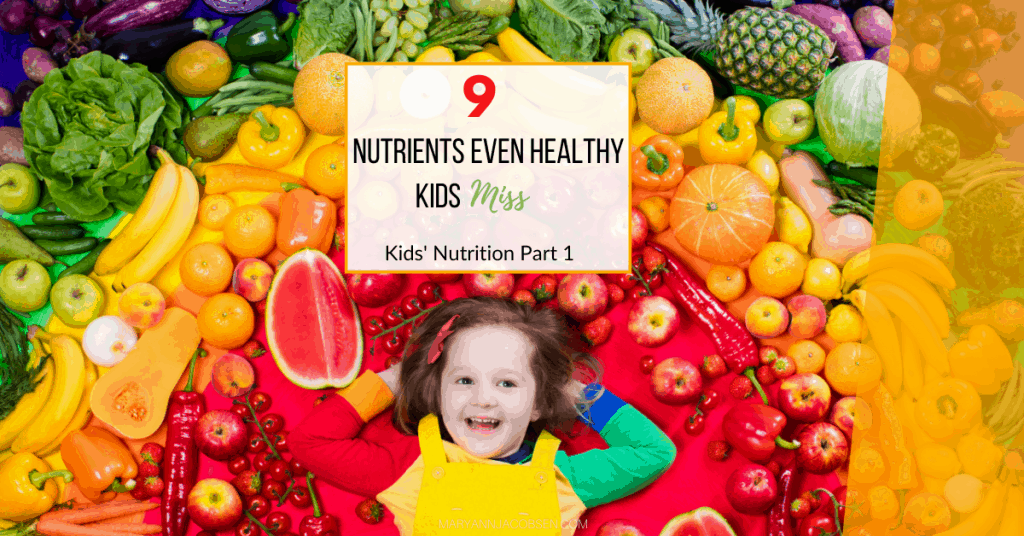 This is Part 1 of my Kids’ Nutrition Series

Gina has always fed her two kids a healthy diet — and they eat well, too. That’s why her pediatrician recommended she pass on the multivitamin. But after her youngest was chronically tired and sick, she had his nutrient levels checked. To her surprise, he was anemic and deficient in vitamin D.

“I’m a big believer in getting our vitamins and minerals through diet,” she said. “But I know, first hand, that our bodies don’t always absorb naturally occurring nutrients to the degree we need.”

The moral of the story? Even kids who eat a variety of food are vulnerable to nutrition deficits. That’s why we are addressing the nutrients children are most likely to be short on — and why. Sometimes supplements are needed but many times tweaks in the diet are all it takes.

So in our second post in our kids’ nutrition series, we’re looking at the research to determine “nutrients of concern” for kids of all ages. And we have 9 winners (or should I say losers):

Iron is the most common nutrient deficiency worldwide. This remains a major challenge in developing countries but is still fairly common here in the U.S. Twenty percent of 6-12 month-year-olds are at risk for iron deficiency but this declines to four percent at the preschool age. Another vulnerable time for iron deficiency besides infancy is during adolescence (for girls) when menstruation starts. About 9-16 percent of female adolescents are iron deficient while 2-5% are anemic.

There are two stages of iron deficiency. When iron stores are depleted it is called iron deficiency and there are usually no symptoms. But once iron deficiency anemia occurs, the levels in the blood dip, and symptoms include tiredness, decreased immune function, impaired or slowed cognitive performance, and glossitis (inflamed tongue).

TIP! Heme sources of iron (meat, poultry, and fish) are better absorbed by the body than non-heme (plant sources). But by including non-heme with heme sources you increase the absorption of the latter. Vitamin C also increases the absorption of non-heme sources of iron by 3-4 times. Some great combos include vitamin C-rich fruit with fortified cereals and waffles, tomatoes with beans (think soups and burritos), and chili that contains meat, beans, and tomatoes.

According to the Feeding Infants and Toddlers Study (FITS), half of 12-24-month-olds and a third of preschoolers fall short on vitamin E (infants actually meet or exceed their needs). Other population studies show that most age groups – including school-age kids and teens — fall short of the RDA for vitamin E which mainly functions as an antioxidant (protecting cells from the harmful effects of free radicals.) As a fat-soluble vitamin, vitamin E needs fat to be absorbed.

There is speculation that the increased use of lower-fat products, such as salad dressings, maybe one of the reasons vitamin E intake is inadequate. That’s because vitamin E is found in vegetable oils and nuts and seeds. Vitamin E deficiency is rare and symptoms have not been reported in people with subpar intake.

TIP! Crunchy nuts make great snacks for older kids and avocado is the perfect substitution for mayo on a sandwich. And wheat germ, a super source of vitamin E, is great in smoothies and baked goods.

Even though it’s called a vitamin, vitamin D acts more like a hormone in the body. While vitamin D is needed for the body to deposit calcium in bones, it also plays a role in many bodily functions as every cell in the body has a vitamin D receptor. Inadequate intakes have been linked to the development of certain cancers, immune disorders, cardiovascular disease, and diabetes. Only 25 percent of infants are meeting vitamin D recommendations and most kids over two get roughly half the RDA.

See Vitamin D for Kids: What Parents Need to Know

Rickets is the result of severe vitamin D deficiency and is rare but still reported. Low vitamin D status often goes unnoticed. Symptoms may include bone pain and muscle weakness. 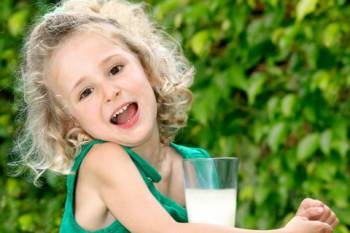 The recommended amount of vitamin D is 600 IU for 1 year and older. Food sources include fatty fish, fish liver oils, and fortified products such as milk and orange juice. The American Academy of Pediatrics (AAP) recommends that breastfed infants receive supplements of 400 IU/day of vitamin D and older kids who don’t get enough through food supplements as well.

Karen Kafer, a registered dietitian at the National Dairy Council explains how strong bones built during childhood and adolescence can help lower the risk of osteoporosis in later years. This bone-building occurs until we are about 30 years old, then the body stops adding new bone. So what we are doing during this time — eating well, getting enough calcium, and exercise — can make the difference between a frail and a strong skeleton.

“Many children and adults (with the exception of children 1-3 years) aren’t getting the amount of calcium recommended for their age group – and some have particularly low intakes,” she said. “For example, only 15 percent of females aged 9-13 years and 13 percent of females ages 14-18 meet their calcium needs — and that’s from all sources (diet and supplements).” Right when calcium needs shoot up during early adolescence, and peak bone-building occurs, calcium intakes unfortunately decline.

According to the Dietary Guidelines for Americans, potassium is a shortfall nutrient in the American diet. The FITS study also indicates that young children come up short.

Potassium is an electrolyte involved in cellular and electrical body functions — and is essential to body tissues, cells, and vital organs. Electrolytes, sodium, and potassium work together as a team. Too much sodium (we will talk about this in the next post) can increase blood pressure while potassium has the opposite effect. Adequate potassium in the diet also decreases the risk of kidney stones and enhances bone health.

Health professionals speculate that low potassium levels are due to less-than-adequate intakes of fruits, vegetables, and dairy products and too many processed foods and sweetened beverages.

Recommended amounts of potassium include 3g (1-3 years), 3.8g (4-8 years), 4.5g (9-13 years), and 4.7g (14-18 years). Because potassium is contained in so many foods, an overt deficiency caused by diet is rare. Yet moderate reductions in potassium can increase the risk of elevated blood pressure.

For a long time, people in the US had suboptimal intakes of iodine until the 1920s when iodized salt was introduced. Emerging evidence suggests people of all ages are at risk for inadequate intake of iodine, which is needed for the production of thyroid hormone. For example, urinary iodine concentrations decreased by 50% from 1970 to 1990. Iodine also plays a role in neurodevelopment making it an important nutrient during pregnancy.

Because iodine is found primarily in seafood, dairy products, and iodized salt certain populations may be at risk. For example, kids who drink non-dairy milk and yogurt alternatives and don’t use iodized table salt may fall short. A cup of yogurt has 75mcg and a cup of milk has 56. See food sources here.

Did you know that most of the food you buy in the grocery (AKA processed food) is not made with iodized salt, which accounts for 70% of sodium intake? One easy way to increase iodine is to buy iodized salt. I buy and use iodized sea salt in my cooking. 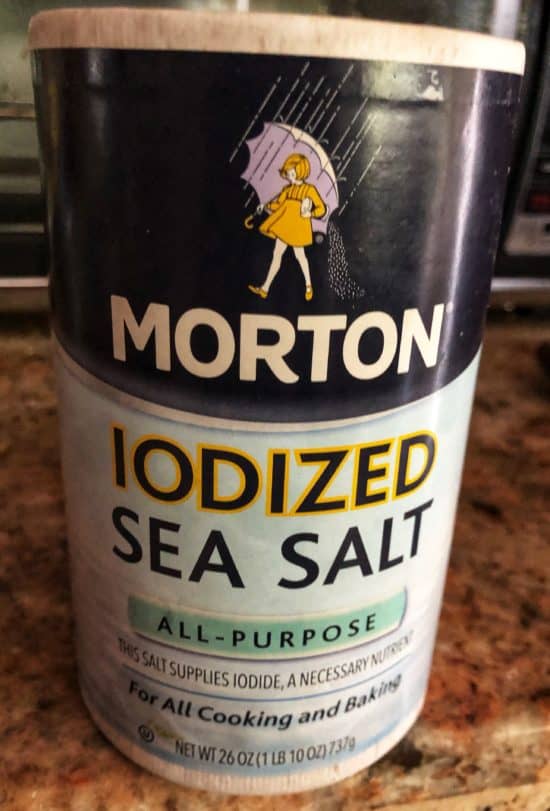 DHA is a structural component of the brain and eye (retina). The brain grows at an incredible rate during pregnancy and in the first few years of life. Starting in the second half of pregnancy, a baby’s brain begins to rapidly accumulate DHA up to about 4 grams by the time a child is 4 years old. No other fatty acids accumulate in the brain as DHA does and it continues to play a key role in brain development throughout life.

Seafood such as fatty fish is the primary source of DHA. Due to low seafood intake, DHA intakes are far below international recommendations. For all the details on DHA at different ages and stages, see DHA and Kids: The Complete Guide for Parents

Fiber is the indigestible part of carbohydrates that plays an important role in health. Most Americans don’t get enough — and that includes children. Beans and peas are the star players when it comes to fiber, followed by fruits, vegetables, whole grains, and nuts. Fiber helps with feeling full, prevents constipation, and has other benefits.

When children consume too many processed foods — white bread, juice, meats, and not enough fresh foods, fiber intake lags behind. About 40% of 4-8-year olds and roughly half of 9-to-13-year-olds fall short on fiber. See this list for fiber sources.

In 1998 the Institute of medicine recognized the essential nutrient choline. Although its function is complex, choline plays many roles in human metabolism such as neurotransmitter synthesis. It’s especially important for fetus brain development and it decreases the risk of neural tube defects.

Multivitamins contain little choline so getting it in the diet or taking a separate supplement may be needed.

Putting it all together

Peaking through these 9 nutrients, you can get an idea of the ones that could be missing in your family’s diet. We’ll be talking about how to make diet changes — and decide if supplementation is needed later in the series.