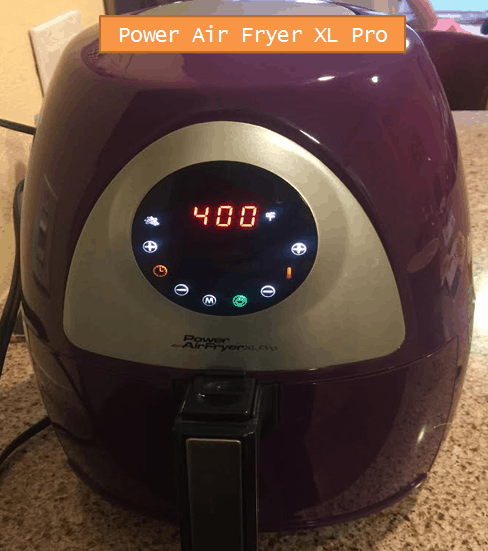 For my birthday in April, my mom gave me a gift she’s been talking about lately: the Air Fryer.

What you need to know about my mom is that when she like’s something, everyone hears about it. It’s usually technology related, like when Amazon first came out with Alexa or Carplay (both of which she’s given us). But sometimes it’s an appliance like the Air Fryer.

And when she really, really likes something it eventually shows up in her kids’ house. Either when she upgrades to a newer version or she’s feeling generous.

I don’t always share my mom’s enthusiasm but I think she’s on to something here.

What is an Air Fryer?

Air Fryers use rapid air technology to fry food instead of oil. In other words, super-heated air cooks the food. The result is food that is crispy like deep fried food, without the grease.

It comes with two baskets that are attached that you enter into the Air Fryer to get started. You can remove the baskets at any time during cooking and this turns off the cooking process. This is actually recommended at the cooking halfway point to flip or shake the food (to do this you remove the inner basket shown below). Once you put the baskets back in, it resumes cooking. 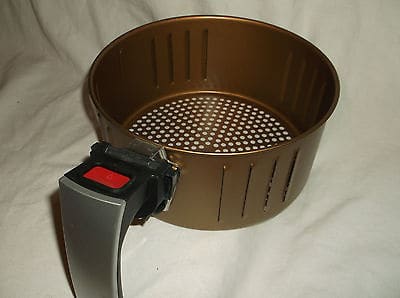 I knew I wanted to try fries first because that is one dish I’ve failed to make homemade. And it’s not from a lack of trying. I’ve tried all the tricks from using corn starch to soaking potatoes. The results are never as good as the frozen options available. We are big fan of Trader Joe’s Shoe String Fries and Alexa Waffle Fries.

For fries, I followed the Air Fryer recipe (it comes with a cookbook) using russet potatoes and they turned out pretty darn good: crispy on the outside and soft on the inside. The recipe calls for blanching the potatoes first so it’s not just peel, cut and go. But it delivered the best results I’ve had so far. 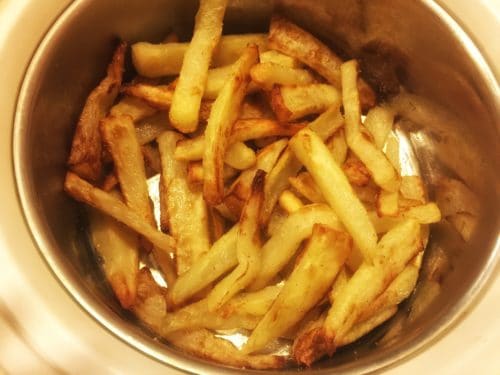 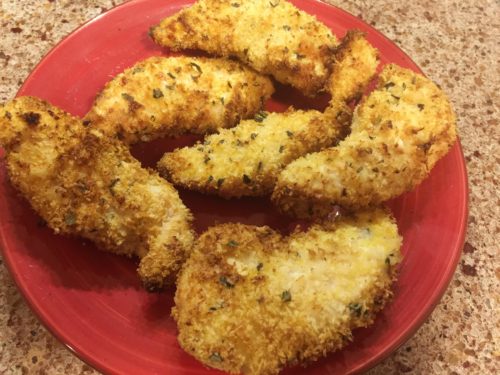 I even tried making homemade tortilla chips and they were surprisingly good. You just need some olive oil and salt and in 5-8 minutes you have crispy chips. You know how I could tell they were good? My kids kept coming back for more.  Sometimes when I present them with something new they take a bite and say they like it, but that’s all. 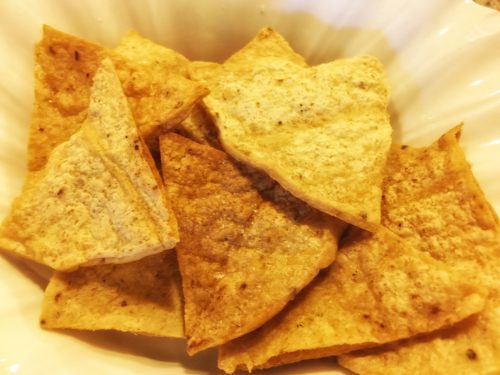 Now I want to try more stuff in the Air Fryer like rolled tacos, fish sticks and vegetables.

I like that it’s nonstick and easy to clean. The Air Fryer gives food that crispy texture, something that baking doesn’t quite deliver on. It also doesn’t require pre-heating and cooking time is generally less. It’s good to use for feeding a smallish (1-2) to medium crowd (3-4). I also think the Air Fryer is good for kids’ cooking (with supervision of course).

I wish there was the option of making bigger batches when you’re feeding more people. The appliance itself is quite large so storing can be an issue. But if you use it a lot you’ll find the space.

Overall, this is a cool appliance to get that crispy food texture without frying in oil. I will continue to try out recipes and report back to you.

Anyone else use the Air Fryer?