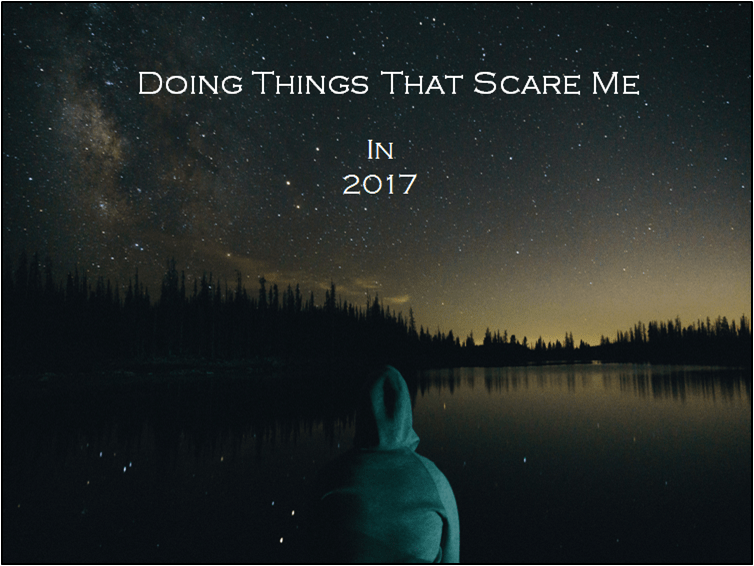 It was pitch black outside, as I waited in my car at the nearby lake for a group of women who invited me to run with them. I was feeling nervous because it was dark and I didn’t know these women very well. They were supposed to meet at 5:15 am and once the clock struck 5:20, I jetted out of there to go to the gym.

When I emailed my contact, we realized I got the days mixed up. But it took so much for me to get out of bed the first time…did I really want to do it again? My initial reaction was “no.” But that part of me that knew I needed to see it through showed up again. This time for a killer hill workout.

Now, weeks later, meeting these ladies at the wee hours of the morning is part of my weekly routine. And it would never have happened if I wasn’t willing to do something that scared me.

A couple of years ago I noticed it had been a while since I got out of my comfort zone. I did the same workouts, blogged about the same stuff, and met the same friends. Nothing wrong with that except I started to sense that I was just going through the motions. I thought about how we parents work so hard to expose our kids to different experiences — and friends — but can be guilty of not doing the same for ourselves.

That’s about the time I began listening to the nagging call to be an independent author and change my blog. It has been a scary decision but it feels right. Since stirring things up the new ideas are flowing faster than I can keep up with. It hasn’t all been good, as I’ve lost some readers, but that kinda goes with the territory.  When you do things that scare you, you give up short-term comfort for long-term gain.

Doing things that scare me starts with listening to the nuanced voice inside nudging me in a certain direction. It might be as simple as reaching out to a new friend, writing something new, or giving up on something that no longer fits. I find it’s scary for two reasons. First, I care deeply about it so I have “skin in the game.” And second, it’s not a sure thing. When I stay in the land of the familiar, there’s less fear because I’ve seen the outcome many times before.

But I’ve found a different way to look at these two barriers. First, if I never act on the things I care about, they stay stuffed inside, making it harder to hear the heart’s call. And I’ve found that not knowing what will happen is actually the best part. When I do things that scare me, I always seem to meet someone important or find something out about myself that had nothing to do with what I thought would happen. For example, I thought moving to New York was all about my career, but looking back I can see it was about meeting the right person. Leaving my first job as an RD wasn’t about finding a better job, it was about discovering my love for writing, something that would take many years to materialize.

Getting outside my comfort zone keeps the element of surprise alive, something that’s missing in the day-to-day hustle. It’s downright invigorating! 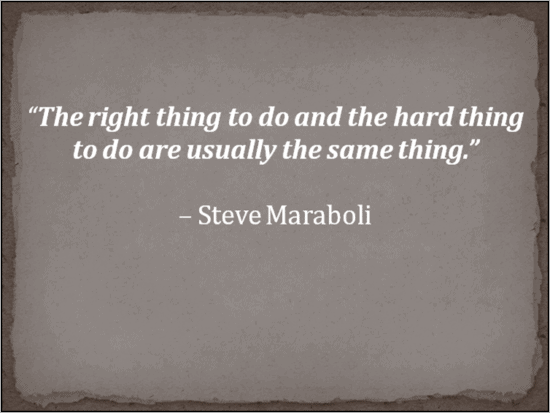 It’s okay even when it doesn’t work out

But sometimes it’s not all happy endings and rainbows. Recently when talking with Big A (who was unhappy with a haircut) I shared such a story.

Back when I was living in New York, I bought a salon gift certificate from a stranger at Starbucks. He described it as a “hot new New York salon” and for a reasonable price (I forget how much), I would get a haircut, massage, and pedicure. My first thought was no but then I strangely heard myself blurt out “Okay.” You better believe I was scared (I care about my hair and had no idea what would happen).

So on my 34th birthday, I took the subway downtown to the salon to get my haircut. First thought: it didn’t seem so “hot.” I mentioned something about “catching-up” layers to the hairdresser. When he was done cutting my hair and turned me around to face the mirror, it looked like he put a bowl on my head and cut around it. My hair was shorter than my ears! Then, just as I was getting ready to do the ugly cry, the entire salon sang happy birthday to me. I had to blow out a candle to a room full of strangers and a hairdresser I never wanted to see again. I left as soon as I could, and never even got my pedicure or massage. Right as I walked into the door of my apartment, I burst into tears to my boyfriend (now husband).

I barely got through the story because Big A and I were laughing so hard. And I realized that doing things that scare you is what gives life its flavor. And maybe the point of that hair ordeal was to make my girl feel better, or it was just a bad decision (most likely the latter).

In 2017, I want to keep doing things that scare me. I’m starting a podcast, venturing into children’s books, and writing from the most authentic place possible. I hope in the process, I teach my kids that following your heart — even when it doesn’t make sense and is hard — is the only way to live.

Have you done anything that scares you lately? Any “scary” plans for the New Year?