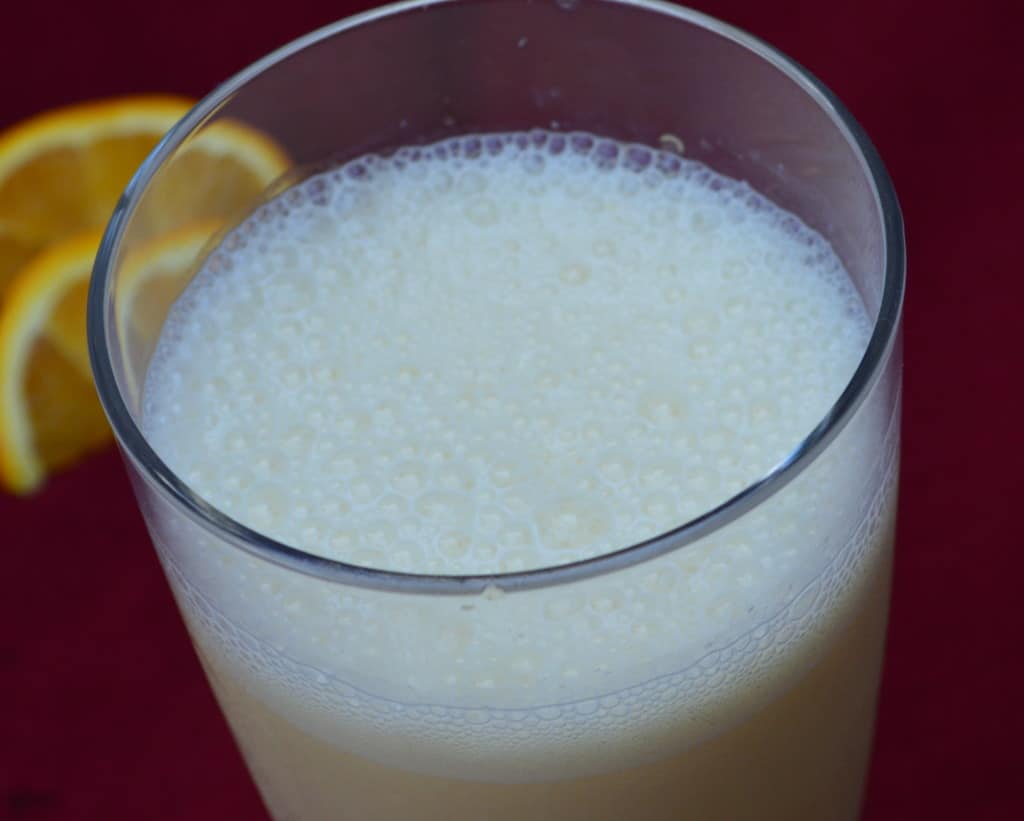 At the beginning of the New Year, I got sick. Not just run-of-the-milk sick, but stay-in-bed-for-four-days sick. I really didn’t feel like myself for 2 weeks. But one of the strangest things occurred during this time: my taste changed.

Nothing sounded good except for citrus-y types of food. I craved pineapple and oranges. That’s when I got the idea of making an Orange Julius type of smoothie. I wanted to add kefir (cultured milk) to give my immune system a boost. According to the National Kefir Association, it has 3 times the amount of probiotics as yogurt.

I tried a few versions of the recipe with orange and kefir but it wasn’t until I added banana that it really tasted good (Hubby and Big A confirmed this). Another perk of bananas is they are considered prebiotics, fuel for good bacteria. So with this drink’s probiotics and prebiotics, honey and vitamin C, it’s quite the immune booster.

You could always add whole oranges instead of juice. I tried this first but without a high-powered blender, it was too pulpy. I’m still waiting for Santa to bring me one of those.

This is also good to serve with breakfast instead of juice or for the child who no longer drinks milk.