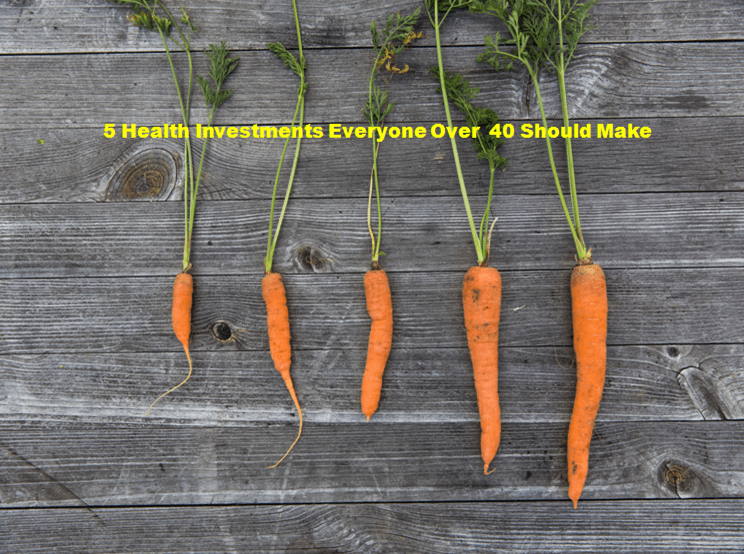 I had Little D three days before I turned 40. So when the big moment arrived I was nursing and, of course, sleep-deprived. The changes in my body became noticeable shortly after this seminal moment. My body was changing in terms of composition. Fat slipped into new places even though it felt like not much had changed in terms of my habits.

As I’ve gotten deeper into my forties, it’s become clear that the same things that worked for managing my health when I was younger have lost their zip. For example, exercise has always helped me mentally. And while it still does, the stress of life seems to weigh heavier and just going for a run no longer makes everything magically better.

What I’m learning is that while my body and needs are changing, I need to change too. Doing the same thing one’s whole life and expecting the same result is lunacy. It’s easy to cling to what we know, even when it’s no longer relevant. And it starts with the most important change: cultivating a healthy life isn’t about getting into that red dress (or black pants for men?), but enhancing health and well-being for the rest of our lives.

So here are 5 investments I believe everyone over 40 should make that will pay dividends in the years come.

This one is kind of a “no duh” as my son would say, but I have always favored structured workouts over walking. I’m very consistent about making it to exercise class and running but after stopping my work at the hospital, my body movement slowed way down.

When I thought about how this has changed, I realized how walking used to naturally be part of my day. Many of my jobs have been in hospitals where I walked non-stop. Also, I used to take the stairs all the time because I hate elevators. When I lived in New York, I walked to the subway and train, and all weekend long.

So I’ve made a conscious effort to move my body as often as I can. Instead of taking breaks from work checking Facebook or the news, I go for two laps around my complex (1/2 mile). This not only clears my mind, but it also helps me be more productive.

I’m also walking/running with my kids at the morning school running club, which I love. And any chance I get, like when my kids are playing, I’m walking. I like how much more tired I am at night from a day of movement.

I’ve always participated in some type of resistance training but it’s been somewhat half-hearted, like spending an hour on the cardio machine and rushing to do 10-minutes of weights. In the past few months, I’ve been taking more time to do strength-training activities between classes at the gym and free weights.

I love feeling strong and can now actually do push-ups and my core is not lost cause it once was. I also try to ensure I spread my protein intake out through the day, as research shows it helps build muscle mass when you are older, compared to a more erratic intake.

Here’s why it matters: The first thirty years our bodies build — and maintain — muscle easily. But lean body mass slowly decreases after 30 at about 1% per year. Although this starts in our 30s, we usually don’t see the cumulative effects until after 40. Something called sarcopenia (loss of muscle mass related to aging) is a health issue in people over 60. It pays to invest in lean body mass for a strong and healthy body for years to come.

My alarm goes off at 5 am. I lie in bed awhile longer and finally get up, make some coffee and turn on the computer. I’m tempted to get started working right away but most days I don’t. Instead, I either sit in silence or listen to a guided meditation. Later in the day, I practice mindfulness when walking and doing chores, and have added a gratitude practice.

None of this is magic — and I definitely falter some days and even weeks — but I keep coming back because every day I do this I take one tiny step closer to the peaceful life I want to live.

At midlife, the stresses of life can add up whether it’s worrying about finances, tending to children, or taking care of sick parents. In fact, the American Psychological Association’s Stress in American Survey found that while stress has declined in certain groups, it’s actually gone up in parents.

When you take care of others it can leave less for you. Research reveals that practicing mindfulness (also a form of meditation), traditional meditation, and practicing gratitude and self-compassion contributes to health in a multitude of ways. More importantly, it makes people feel calmer, more engaged, and happier.

If you’re looking for some inspiration in this area, try one of these to get started. Head Space App, Insight Timer App, Tony Robbins Gratitude practice (on the Tim Ferriss Show)

4. Turn Up the Quality in Relationships

In his well-received TED Talk, Dr. Robert Waldinger reveals the surprising result of a 75-year Harvard study examining what makes people happy and healthy. The study has followed 724 men with 60 men remaining and has evolved to include the men’s children and wives. People in the most satisfying relationships at age 50 are the healthiest in their eighties.

“The lessons aren’t about wealth or fame or working harder and harder,” Waldinger says. “The clearest message that we get from the 75-year study is this: good relationships keep us happy and healthy, period.”

It’s not the number of relationships that count, Waldinger reveals, but the quality. This has been a key focus for me as well. With my kids, I’ve been learning better ways to communicate through taking a Parent Effectiveness Training class, and making sure we have one-on-one time.

I’m also being kinder to my husband, who works so hard for our family (so I resist yelling at him when he fails to take out the trash). I’m calling and checking in with my mom more often, too. I’m trying to regularly meet friends for coffee or lunch and saying yes to requests to get together more often. The more I put into relationships he better I feel because quality relationships are what feeds the soul. 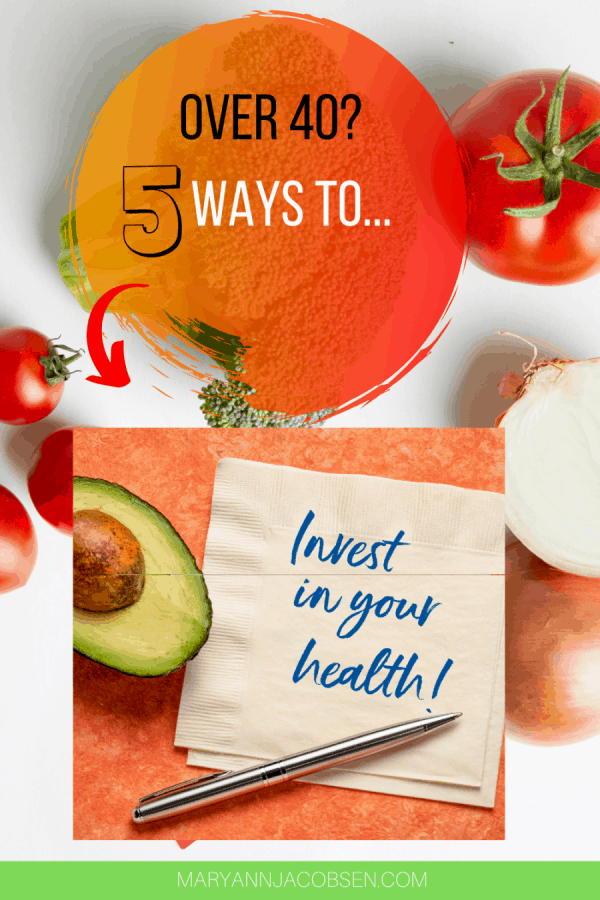 When I first started off nutrition counseling in my twenties, I found that many of my clients (mostly women) said their eating problems started after 40. What I found was they started to gain weight for the first time, and dieted or restricted (or both), and began to feel out of control with their eating.

So when my sister in law started to gain weight for the first time around 40, I told her to stay clear of dieting! Although the word “diet” has become a bad word, most people still do it in the form of taking something away: no sugar, no grains, no alcohol, no fat, no sweets. It’s all about the no’s, which ironically makes these foods even more desirable in the long run.

Focusing on the yes’s has the opposite effect. As we get older, we naturally crave sweets less and find excess drinking doesn’t agree with us. If we tune and listen to what our bodies really need — what it says YES to –I think we’ll find it prefers mostly quality. Investing in a good quality diet should feel good, not be a constant struggle.

After 40, it just makes sense to make long-term investments in health and well-being that pay off both now and later. It’s like a 401K plan for your health. And you will never regret the day you started contributing.