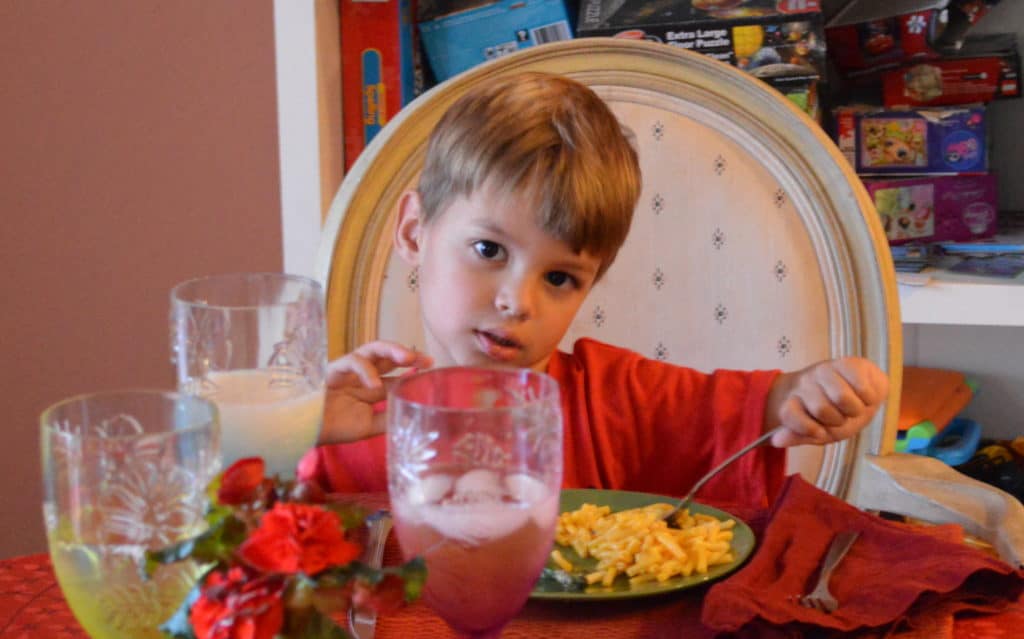 It’s hard for parents to understand how a child can go from eating everything to barely touching their meals. It’s even more difficult for them to understand why kids are so reluctant to try new foods. And without a big-picture understanding of why kids eat the way they do, parents are left frustrated and upset and are more likely to make feeding mistakes.

So far in our picky-eating series, we’ve helped you determine your child’s eating personality and whether or not their habits are normal. Now we are going to get to the good stuff — the why behind it all.

For those of you with babies chowing down everything known to man, this will help prepare you for what might happen in a few short months. For those in the thick of picky eating, this will help you gain perspective — and feel better overall. And for those who have been there done that, we’d love to hear how life is on the other side.

So I talked to some experts, reviewed the research, and presented the information from a young child’s perspective.

I know everyone wants me to eat but I’m just not that hungry. As a baby, I wanted food all the time. But now that I’m a toddler I’m just not into eating as much.

After one year, the rapid growth that occurred will start to slow down. Birth weight triples the first year of life but then doesn’t quadruple until the second year. Children between age 2 and puberty gain an average of 4.5 to 6.5 pounds per year. This shows up in their meal patterns which can include days in which they seem disinterested in food. As long as their growth is on track, you can’t expect your child to eat the same amounts every day.

New foods and certain textures scare me. I’m afraid that something bad will happen if I eat it. I wish my parents wouldn’t push it so much. Maybe watching them eat a bunch of times will help me calm down.

“Food neophobia, the fear of new foods, peaks between ages 2 and 4,” says Jennifer Orlet Fisher, Ph.D., Associate Professor in the Department of Public Health at Temple University. “This has evolved to protect kids as they become more mobile and are able to ingest foods.”

Fisher explains how this developmental phase has evolved from a time where fear of strange foods kept kids from eating harmful toxins. Even though people no longer hunt for food, kids are biologically driven to be skeptical of unfamiliar foods. She says food neophobia will vary in children and often matches temperament. So you might see a cautious kid also cautious about new foods and an easier going one less afraid.

3. I want some control

I know my parents have done everything for me when I was younger but I’m older now and want some say in the matter. Plus, food seems to be such a hot button issue!

Picky eating typically starts in toddler-hood, right when kids are beginning to understand they are a separate person from their parents. Just like they do in other areas, they will test their limits during mealtime as they establish a sense of autonomy. This is a very normal part of development.

4. Some flavors are overwhelming

I know my mom wants me to eat broccoli and other green vegetables but the bitter taste is too much for me to take.

“We all experience different tastes worlds,” said Alexandra Logue, Ph.D., Psychology Professor and author of The Psychology of Eating and Drinking.

Logue is referring to supertasters, who naturally taste lower concentrations of certain chemicals, making them sensitive to the tastes and textures of certain foods. She has firsthand experience because by one year of age she would only eat bread and milk. “I can remember as a kid how intense the flavors and textures were.”

This may be why some kids are Late Bloomers when it comes to trying new foods, as mentioned in the previous article. It is estimated that 25% of kids are supertasters. These kids are especially sensitive to 6-n-propylthiouracil (PROP), a compound found in many vegetables. Logue gives tips on how parents can overcome such taste sensitivity (future post) and says it improves with time. As an adult, she is now able to eat almost anything (except fish).

5. I like to get the most bang for my buck

There are some foods that are just easier to like — and fill me up with less effort.

“Children have evolved to like sweet foods,” said Fisher. “That’s why fruits are highly acceptable and easy to like while vegetables are the least preferred.”

Fisher said children are actually hardwired to prefer sweet and energy-rich foods. To kids, sweetness signals food is “calorie-dense” while sour and bitter indicate it might be harmful. Although this is true, kids (and adults) can learn to like vegetables through exposure and positive experiences. We’ll talk more about this in the next post. 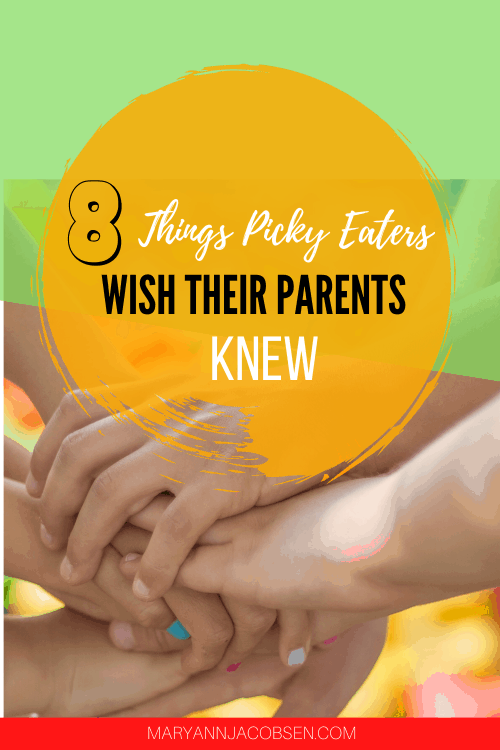 6. I have big swings in appetite

It’s weird but there are times I just could eat and eat. I get the feeling my parents want me to always eat the same amount but sometimes my body is telling me it needs more.

While growth slows early in life kids will periodically go through growth spurts where they eat more than they usually do. One notable time is the onset of puberty between ages 8 to 13 in girls and 10-15 in boys. Girls tend to gain some extra fat during this time, preparing for their menstrual cycle. We’ll talk more about this in an upcoming series.

I love my parents. They are super cool. I want to eat like them but I’m just not ready. Someday I’ll get there.

In Child of Mine, Ellyn Satter discusses how kids really do want to eat like their parents, even when it seems otherwise. “Because he thinks that you are great and have all the answers, when he sees you eating green beans he reasons that eating green beans must be the thing to do. You don’t have to say another word. All you have to do is enjoy your green beans. Observing that, your child will assume that someday he, too, will eat green beans.”

8. I still have a hard time chewing

I cringe when I see meat on my plate. I know I have all my teeth and have been chewing for a while but I still prefer my meats moist — and cut up some of the time.

By the time kids reach the preschool age, parents may assume they can chew and swallow like adults. In Child of Mine, Satter says young kids still have a way to go when to chewing and swallowing.

They can lose track of food in their mouth more easily and choke as they still haven’t mastered the up and back motion of the tongue to get food to the back of their mouth. Tough meats are especially problematic.

“I find picky eating takes a lot of parents by surprise,” said Jill Castle, MS, RD, childhood nutrition expert. “It throws them off and they aren’t sure how to respond.”

Because Castle, mom of four, understood picky eating was a normal part of development, she was able to be neutral and not reactionary. Understanding what’s behind your child’s eating will help you do a more effective job of feeding.

The picky eating stage of development is long but it certainly won’t last forever. While no research can point to a certain age it stops, many of the experts I’ve spoken with say that by 5 or 6 many kids expand their palates. But how parents handle this lengthy stage of development can make a big difference in the long run, which is the topic for our next two posts.

Previous: How to Pinpoint Your Child’s Eating Personality (and Why it Helps)

Next: 10 Pitfalls to Avoid When Feeding Picky Eaters

Want this entire picky-eating series plus new content, research, and stories? Check out Maryann’s book From Picky to Powerful: The Mindset, Strategies and Know-how You Need to Empower Your Picky Eater