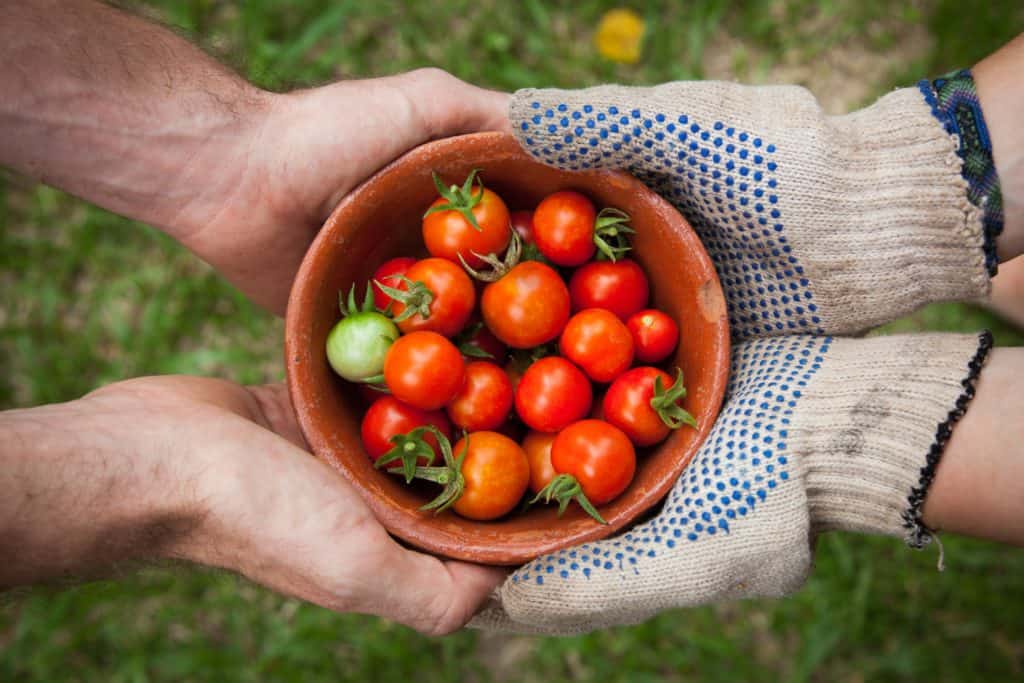 For the last several years I’ve collected studies that examine the relationship between adult eating habits and childhood feeding. Not just how kids eat today, but what type of adult eaters they become. It’s what’s behind my 20 years later posts and, to be honest, it’s somewhat of an obsession.

Now, this type of research doesn’t prove cause and effect. There are limits to looking back in time (called retrospective studies) and making connections. But when you couple this research with what is already known about feeding children, you get some helpful information.

Based on the research to date, I’ve laid out 5 simple strategies to help ensure your child eats well even when you are no longer there to cook and encourage them.

What will your child remember about dinner time in your home? Will it be bickering about food, or will it be about family time and satisfying meals? The negative and positive associations kids make with mealtime can affect their long-term view of food.

In a 2015 study in Appetite, adults who had positive memories of dinner time were more likely to relate to food in ways that benefited their health and well being. Negative dinner memories were linked to “food as a chore and bore they would rather ignore.”

Often, meals are thought of as successful if kids eat what is offered, in all the right proportions. But we can’t forget that long-term success is more about how they feel while they are at the table. 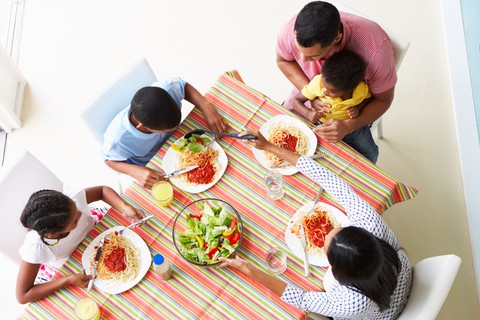 2. Treat Food Like Other Domains of Learning (Don’t Force!)

Consider other skills children learn, whether it be reading, cleaning up, or riding a bike. While you can make a child clean his room, you can’t physically force him to do a good job. Likely, you help him until he gets older and better at it. You can’t make a child physically read if she can’t. Yes, you can have her read out loud but if she can’t get some of the words, you help her, right? Maybe give her strategies for sounding it out?

But you can force a child to eat before they are ready. We see eating as simply putting food in our mouth, chewing, and swallowing. But eating is much more complex than that. In this post, I mention a study showing that 70% of college students who were forced to eat refused to eat “forced food” as adults. And some readers with forced-food experiences had these things to say:

When I started college (this sounds sad) I began to dream (literally) about the food I could choose and consume on my own.

All my parents really accomplished was to make sure that the smell of cooked peas, corn, beans or carrots makes me nauseous.

Mealtimes are like entering a psychological war zone for me these days.

We need to trust children when they say they aren’t ready to eat certain things, and we need to spend more time teaching them about food and how to prepare it. Forcing is not an effective way to teach and its negative effects could last a lifetime.

3. Manage Your Child’s Emotional Health Positively, And Without Using Food

A 2016 study in Appetite asked subjects how they were fed as children and also measured current food preoccupation and emotional eating. While restriction for weight, health and what they call “emotion regulation feeding” (eating to help a child regulate their emotions) were all linked to food preoccupation and emotional eating in adulthood, emotional regulation feeding had the biggest impact.

In another study, 122 adults were asked about their current eating habits along with their memories about food rules as kids. The adults who recall parents using food to control behavior through reward and punishment were more likely to use dietary restraint (restricting food practices such as dieting) and binge eat.

A recent study also showed that rewarding kids with food led to more emotional eating a few years later. In a press release lead researcher Dr. Claire Farrow had this to say:

Eating patterns can usually be tracked across life, so those who learn to use food as a tool to deal with emotional distress early are much more likely to follow a similar pattern of eating later on in adult life.

Some kids have more extreme temperaments, making them challenging to manage. The key is to learn effective communication strategies. I love Aha Parenting as a resource and Respectful Parent. Parent Effectiveness Training classes are also helpful.

4. Put Your Energy into Your Home Food Environment

A survey with 670 college students and their parents revealed that the nutritious and not-so-nutritious foods the young adults preferred were strongly related to the foods they saw repeatedly in childhood. This was even true for items they disliked as kids.

Researchers out of the UK delved into what they call “food hates” over the life course. They found that most often, the foods people disliked as children, were preferred as adults. Very few of the people (2 to be exact) said that the foods they preferred as children were the same as adulthood. This is how the researchers put it:

…there may be a case for having greater trust in the pattern, which is strongly supported by empirical research, in the way that most children have strong aversions towards certain foods, but then grow up to become adults who can tolerate and enjoy those same foods.

I’ve written before about the differences in children’s tastes, whether it is their love for carbs or their dislike for bitterness. In other words, children don’t have to eat every food parents serve for the food to be effective. The home food environment is what becomes familiar to children, and what they are likely to eat as adults.

5. Use Encouragement and Intake Coaching over Pressure and Restriction

Information about intuitive eating and disordered eating behaviors were collected on 170 college students. The subjects and their parents were asked about picky eating and pressure during childhood. Picky eating by itself did not predict disordered eating symptoms and lower intuitive eating in adulthood. But when pressure to eat was recalled along with picky eating, it did. Researchers say “These findings suggest that parental pressure in childhood is associated with problematic eating patterns in young adulthood. “

Pressure and restriction are common ways to get kids to eat healthy today. On the one hand, a child is pressured to eat his veggies but then restricted when it comes to dessert. A picky kid may be instructed to eat a few more bites of dinner (pressure) while the big eater isn’t allowed seconds (restriction). Experts believe these strategies disrupt internal cues of hunger and satiety, making children more vulnerable to a food-centric environment.

Encouragement and Intake Coaching are different than Pressure and Restriction. Encouragement is part of the teaching in #2. It sends the message that you believe in your child, so it may be as simple as continually offering a food they typically reject or giving them the heads up that a new food is similar in texture to another food they like. In my book How to Raise a Mindful Eater, I explain the importance of intake coaching over restriction and pressure. This is simply referring to hunger and fullness at meals, and reminding children to tune in. 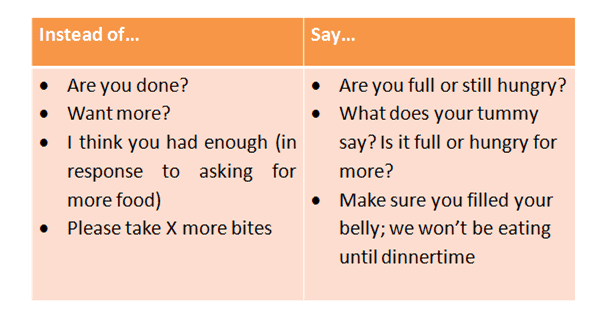 There are two sides to the coin when feeding kids. One is to ensure they are nourished as children so that they grow and thrive. And second is to instill in them a healthy relationship with food that is lasting. Often these two goals are at odds with each other.

The good news is these 5 strategies work for both of these goals, and for every type of eater. They help us remember that there’s a future adult in our child. And we want food to be a nourishing, enjoyable and stress-free part of their life.

Photo by Elaine Casap on Unsplash