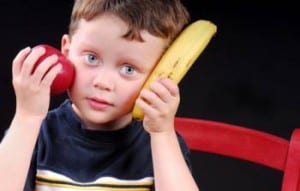 I’m going to get straight to this week’s meal plan because I have a lot to say below. We grilled Sunday so will be having leftovers today. That’s a good excuse to go out and play longer before dinner. I love easy dinner nights!

Thursday: Asian Lettuce Wraps with a side of fruit (new!!)

Friday: Grilled Fish Tacos with all the toppings and a side of black beans.

If it ain’t broke, don’t fix it

There have been two times his teacher mentioned his eating as a potential problem. The first time, I responded with “it’s normal for kids’ appetite to decrease at this stage because their growth slows.” (I don’t think that was the answer she was expecting). A bit later, when Little D had an “interaction” with another child, the teacher said she thought it was because he was hungry from eating less at lunch.

This didn’t even faze me but I can see how it could get parents worried. They might start pushing food, taking an honest appetite and trying to change it. One example is a four-year old I recently saw who claimed he “grew taller” from finishing his turkey sandwich, no doubt from his mom trying to get him to eat more. Knowing my son, any attempts to get him to eat would make him want to eat less. Plus, feeding would turn into a struggle which is the last thing I want.

I know it isn’t always easy because kids may use the “hunger” card to get foods they want, and the “full” card to avoid eating dinner, only to want dessert. There are three things that have helped me in this area: having structured meals, always having something at the table my kids like and never tying food intake to dessert.

Between age 2 and puberty (the two big growth pushes) children grow in spurts so there really are times they are not very hungry and other times they want to keep eating — this is normal eating. Additionally, children regulate food intake differently than adults do — they might eat large amounts at one meal but they usually compensate by eating less at the next one. I trust my children’s hunger and when they seem extra ravenous, I move snacks earlier or allow fruit at random times when they claim to be “hunry” (as Little D says).

Now if growth decreases or foods become very limited, there could be a problem that needs professional help. But most cases the kid is just eating to their appetite and that is different from adults’ appetite which is more stable and predictable. 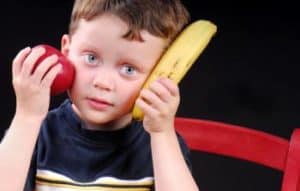 Picky Eaters: Born? Made? Both?

Not much in the way of news this week but this article on Motherlode (Parents of picky eating, it’s not your fault) caught my eye. The truth? I had been thinking of writing a similar article.

The writer, Stephanie Lucianovic, grew up a picky eater and didn’t expand her eating until her late twenties. While I agree with her that the nature of picky eating isn’t caused by parents, how parents respond can make a big difference over the long haul (I’ll talk more about that in an upcoming post). Just like erratic appetites are normal, so is a stage of picky eating, which will be different for each individual child.

But this idea that picky eating is a direct reflection on good or bad parenting, does more harm than good. One mom told me she was so relieved that her second wasn’t as picky as her first, because then it wasn’t her fault. I sympathize with all those parents who feel shame around their child’s eating.

So I’m going to say it: I’m the proud mom of two picky eaters. My kids are pretty average when it comes to food selectiveness. One is branching out little by little, as kids tend to do around age 6. The other, like a lot of 3 year olds, is not very open to new foods but thoroughly enjoys eating.

When feelings of inadequacy take hold, I remind myself that is not my job to make my children eat. I focus on the meal planning, variety, timing of meals and making it all enjoyable. And then I remember how I ate as a kid — and that I didn’t even like food until I was older and played sports.

There is so much more to raising healthy eaters than the number of foods a child eats. There’s eating enjoyment, regulating food intake, developing a healthy body image, learning to prepare food and managing sweets.

How do you feel about this whole issue of picky eating as nature vs. nurture? I agree with Katja Rowell, the Feeding Doctor, that it’s a bit of both. But the guilt and shame need to go!