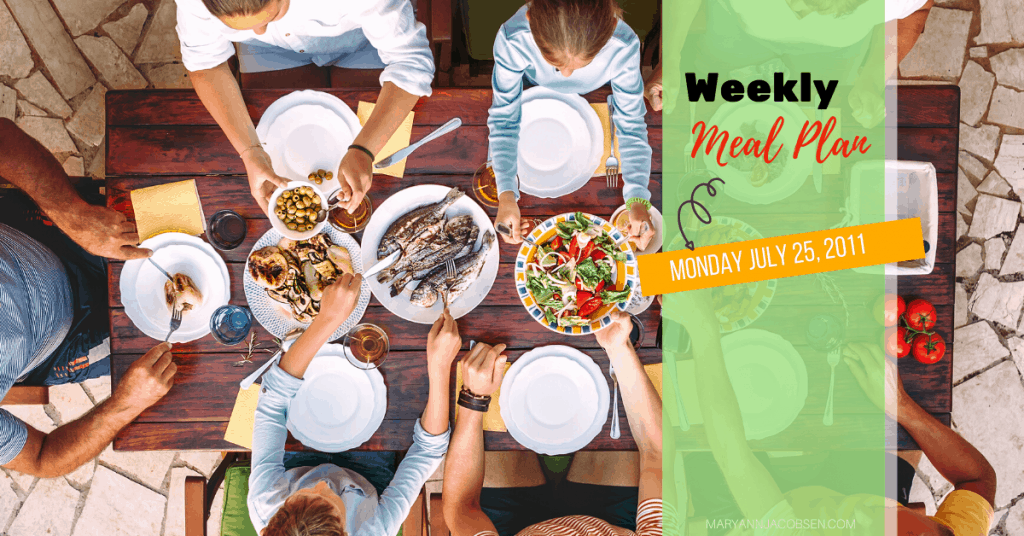 My husband and I finally got away last weekend with a quickie trip to Temecula, 45 minutes outside of San Diego. We went wine tasting all afternoon, had a wonderful dinner, and stayed in a quaint B&B. Of course, when I finally have the chance to sleep in, I wake up at 6:30 am sharp. So I went downstairs, got some coffee, and took in the beautiful view. 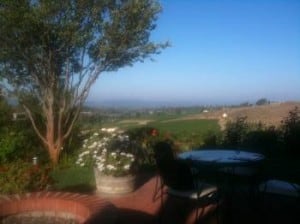 The couple working at the B&B were awesome hosts. The husband is a chef and he made a two-course breakfast. The first course was Swiss Muesli, muffins, and fruit. The main course was an exotic French toasty kind of dish (forgot the fancy name). It was absolutely wonderful to be waited on for a change — someone actually caring if I like the food! 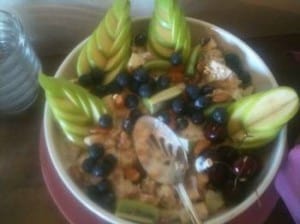 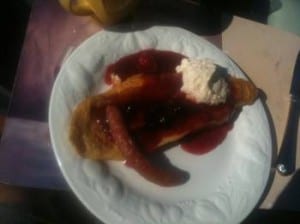 I didn’t bring any reading with me and ended up with a copy of Bon Appétit. I saw a few recipes that I wanted to try and remember someone telling me to just take pictures with my phone instead of rudely ripping it out. I’m trying the fish dish this week!

Trying a new Greek Salad this week too!

Where do I start? I feel like the news around weight is coming so fast it’s hard to keep up. But one study really caught my eye — and not in a good way.

Weight increases over each of the 4-year periods were strongly linked to consumption of fries, potato chips, potatoes, sugar-sweetened beverages, unprocessed red meats, and processed meats. Weight was inversely associated with the consumption of vegetables, whole grains, fruits, nuts, and yogurt.

The study also showed that other lifestyle factors like too little physical activity, excessive alcohol intake, too little (<6 hours) or too much (> 8 hours) sleep and more TV time was linked with weight gain over time.

I’m sure the people who ate healthy diets also consumed chips and fries every once and while. They just weren’t a frequent, daily occurrence in their diet.

I want to know more about the people who were eating nutrient-poor foods so often. What were their barriers? Did they not know how to cook? Were they chronic dieters? Were they raised to eat in that way?

I think we have a tendency to be superficial about eating guidance — eat “this” and not “that” –instead of digging for the why behind eating. Don’t most people already know which foods are healthy? The million-dollar question, to me anyway, is why aren’t more people doing it?

I think the answer is different for everybody but I believe part of it has to do with this black and white thinking about food that is already ingrained in our culture of nutrition. From my experience working with clients, most people already see foods as good or bad. In fact, an ADA survey conducted in 2000 showed that 57% of people think there are certain foods they should NEVER eat. When you make people feel like they have to choose, they often obsess about the items they have to give up or put off healthy eating indefinitely.

For example, when I educate patients who just had heart surgery or are newly diagnosed with diabetes I am the last person they want to see. They ask, “what am I going to have to give up?” I say, “nothing.” Their ears perk up as the food-police image they had of me slowly starts to fade.

I tell them they are just going to change the frequency and amounts of some of the things they are eating — and they will be adding a lot of new and tasty foods to their diet. But they also have to change how they eat, and their relationship with food, as many people don’t make eating a priority. This approach is so much more successful than when I used to tell patients all the foods they could no longer have.

Ironically, just as this study came out so did the news that Michelle Obama ordered a 1700 calorie meal at a hamburger joint. There’s an assumption that someone involved with childhood obesity should eat perfectly, even though the article goes on to say that occasional meals like this are okay.

What do you think? Do these messages bother you or is it just me?