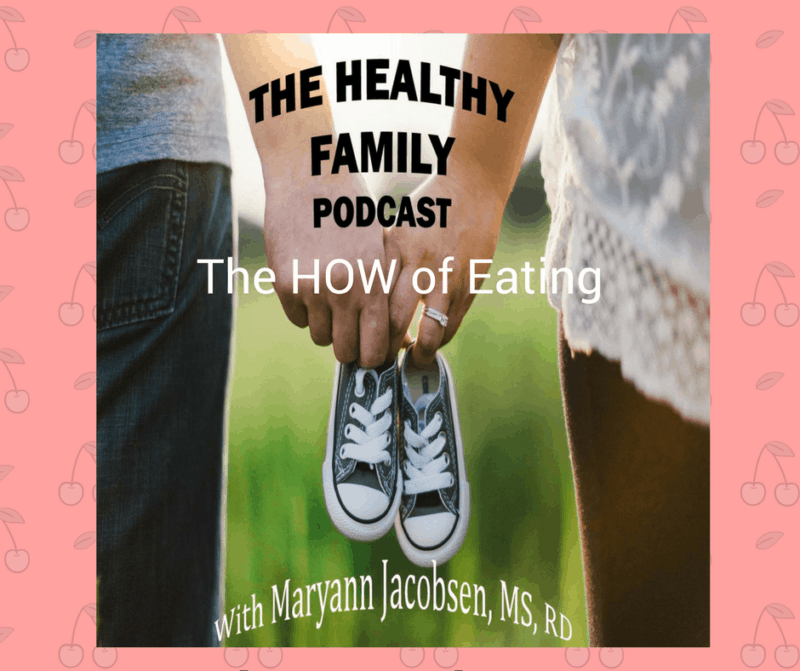 In Episode 17 of The Healthy Podcast, I’m discussing what is behind this op-ed piece and why I want more people to know about the HOW of eating.

In 2002, Gary Taubes wrote an article in the New York Times Magazine entitled: What if It’s All Been a Big Fat Lie? In this article, he made the case that it’s not fat that is bad for us, but carbs. Since then, carbs have been on the chopping block in our ongoing diet debate. Yet despite this pendulum swing, health outcomes are nowhere near where we want them to be. In fact, no diet has ever saved the day the way it promises. If the claims these diets made were true, cravings would disappear, unwanted weight would fall off (and stay off), and we’d all be happier.

Now with the New Year, we’re seeing a whole new slew of diets with a whole new slew of claims. But what you may not know is that a good number of registered dietitians — me included — have taken a different direction. We are not fighting over whether sugar, saturated fat, or processed foods are the problem. Instead, we are focusing more on how people eat.

Among Dietitians, Non-Diet Approaches are Growing

When over 18,000 registered dietitians were asked about intuitive eating, they got a majority of the questions right (71 percent). And those who work in weight management reported using nonrestrictive/intuitive eating more often than traditional/restrictive practices. In short, this is the how of eating: Sitting and paying attention during mealtime, honoring feelings of hunger and fullness, and saying goodbye to restrictive rules and diet practices.

Of course, dietitians aren’t the only health professionals who support a mindful approach to eating, but I was pleasantly surprised by these numbers. My guess is that if you were to survey the general public, knowledge about intuitive eating would be much lower. You see, people are more likely to get nutrition information from family and friends than dietitians according to a 2017 survey by the International Food Information Council Foundation.

I was reminded of this recently when I entered my book about raising mindful eaters into a writing contest. While the judge seemed to like the book, he had a hard time believing that how children eat matters more than restricting them, even though I made a strong case citing research. And in 2013 when I appeared on Good Morning America discussing how I let my kids decide what and how much to eat from what I serve, I was labeled as the parent who “lets her kids eat whatever they want.”

Yet there is a growing body of research showing that how we eat and relate to food matters a great deal. And preventing eating problems starts the day we are born. We all come into the world a clean slate where food is concerned and are natural intuitive eaters. But modern life brings many disruptions along the way to this natural inclination towards eating. In other words, our ability to self-regulate food intake — eat when hungry and stop when full — gets off track at one point or another. Let’s count these potential disruptions one by one.

In infancy, disruptions to internal cues of eating can happen when babies are encouraged to finish the bottle even when they show signs they are done. And repeatedly feeding a baby at the first sign of crying can teach children to self-soothe with food. When children begin solid food caregivers may try to get a few more spoons of veggies in them or take food away from big eaters to try to keep portions normal. And mindless eating often starts as children eat baby food pouches in the car or are given food to keep quiet.

When children hit the toddler and preschool years they become pickier and drop previously liked foods due to slowed growth and changes in development. Not knowing this is normal, parents may start trying to control their child’s eating. Instrumental feeding, for example, involves using food as a reward or taking food away for bad behavior, something linked to eating problems not just during childhood but later in life. Emotion feeding, where parents repeatedly soothe their kids with food, has been shown to increase the risk of emotional eating later in childhood. If repeated often enough pressuring a child to eat or restricting them may lead to eating in the absence of hunger. Permissive and indulgent feeding styles where kids call the shots are no better because kids lack structure, limits, and exposure to a variety of food. 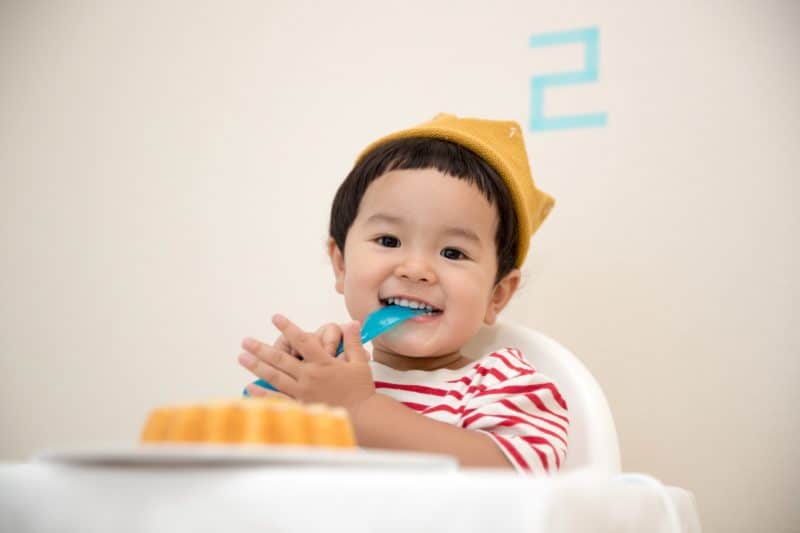 The Second Decade (And Beyond)

When puberty hits something very important is added to the picture: body image. It is estimated that half of teenage girls and a quarter of teenage boys feel bad about their bodies. Data from Project EAT (Eating Attitudes in Teens and Young Adults) show that adolescent girls who feel good about their bodies regardless of their size gain less weight over 10 years than those who don’t. And on the flip side, adolescent boy and girls considered in the normal-weight range who see themselves as heavy gain more weight over time than those who don’t. The reason for this is that children with poor body image are more likely to diet, engage in disordered eating (restrict, skip meals, and binge-eat), and have poor self-esteem. After conducting a research review in 2016, the American Academy of Pediatrics concluded: “The focus should be on healthy living and healthy habits rather than on weight.”

So it’s no wonder that many of us make it to adulthood with an eating hang up or two. So then, I ask you, why would the answer be to go on yet another diet something research has shown is consistently linked to weight gain and feeling bad about ourselves? All it does is further disconnect us from our body when what we really need to do is reconnect. That’s why registered dietitians like me think starting with the how of eating makes a whole lot more sense.

There’s no shortage of great work in this area. For decades international feeding expert Ellyn Satter has been helping parents raise competent eaters with her Division of Responsibility. This is where parents decide the what, when, and where of feeding and children take ownership over the whether and how much of eating. This allows children to regulate their food intake while getting exposed to a variety of food.

In her recent TEDx talk childhood nutrition expert and my coauthor of Fearless Feeding, Jill Castle focuses on the what, how, and why of feeding kids. “Nourishing the whole child—inside and out—requires parents to be knowledgeable about food balance, positive feeding, and the developmental milestones that most commonly influence a child’s eating,” she said. “In my experience, parents struggle with feeding their kids when this fundamental knowledge is missing.”

Megrette Fletcher is co-founder of The Center for Mindful Eating, Certified Diabetes Educator, Registered Dietitian and co-author of Eat What You Love, Love What You Eat with Diabetes. “Weight loss is not a behavior, it is an outcome,” she tells her clients. “Let’s focus on creating more healthy behaviors, such as eating when hungry, tasting, and enjoying the food that you eat, as well as selecting food that nourishes and nurtures the body instead of focusing on what you weigh.”

It Starts with the HOW

None of this means that what we eat doesn’t matter and there is a time and place for those discussions. But there’s an elephant in the room that, as a society, we have been completely ignoring. In our quest to eat healthy and be at an acceptable size, we have taken a huge hit in how we eat and relate to food. But here’s what dietitians know that you may not yet: how you eat is the best starting place and it’s the ideal breeding ground from which good nutrition can grow.

Other links from the show

How to Raise a Mindful Eater

Like the Healthy Family Podcast? Help spread the word by subscribing and rating/reviewing it on Itunes