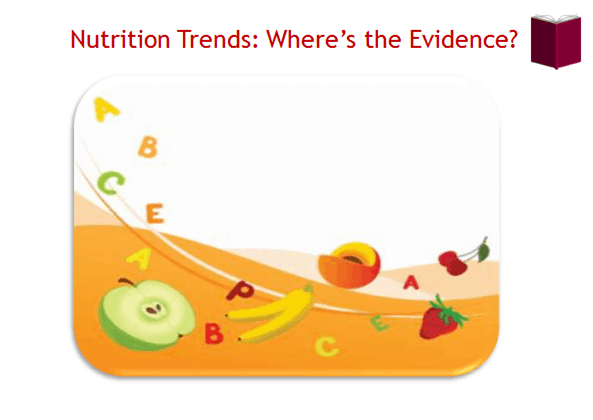 There’s a new skepticism in the air about health claims. I can feel it.

It started around 2011 with the discovery of a fraudulent study linking the MMR vaccine to autism, fueled more recently with the measles outbreak. Then, in 2014, researchers found more than half of Dr. Oz’s health claims were not supported by scientific evidence. Now 10 key doctors are asking that his medical license be revoked. And more recently, The Food Babe’s toxic and dangerous ingredient claims have been called into question by someone calling herself the Science Babe.

From where I sit, the lesson this teaches about nutrition and health in the 21st century is loud and clear. With the internet allowing anybody to write about any topic and sell most anything, people need to demand something extremely important: EVIDENCE.

Why evidence is so important

When you purchase anything you want to know that it works, right? Maybe you check reviews to see if that piece of furniture you want is sturdy or you visit Consumer Reports to get the lowdown on different car ratings. With nutrition products, whether it’s a new book, trendy superfood or supplement, it’s important to understand if it will actually do what its supporters promise it will do.

But how can you tell for sure? Of course, the person selling it will tell you it works and often will include testimonials. While that might be good enough for a pretty blouse, it’s not enough where health is concerned. That’s because strong claims are more likely to make people believe and therefore act on them, making them seem very real.

Take a 2007 study published in Psychological Science. Half of over 80 room attendants were told that the amount and type of activity they get cleaning hotel rooms meets the surgeon general’s exercise recommendations. Four weeks later, when compared to the room attendants who did not receive this information, they lost more weight, decreased their blood pressure and perceived themselves as getting significantly more exercise than they did at the beginning of the study.

While that study shows a perk to this particular health belief, it’s easy to see the potential downsides. People who believe they need something special to maintain health may find their habits go down the toilet when they stop. Or they may delay much-needed medical attention because of their strong belief in natural remedies. Some can become so scared of certain bad foods that they develop disordered eating. And most importantly, it’s important to know if a product (or not doing something, like getting vaccinations) is safe. This is especially true with dietary supplements that are not regulated by the FDA.

In short, there’s no getting around the need for evidence to make informed decisions.

From theory to evidence

This shows that no matter how good a theory sounds, it needs to be tested. But scientific evidence can be — and often is — easily manipulated or taken out of context (often called pseudoscience). When I research anything I stay mindful of bias, including my own. I think most people have good intentions but when they get caught up in their cause, they can embellish the results. I’m not just talking about non-health professionals either. According to one review, nearly 10% of nutrition and obesity-related research articles overstated their results.

You may think you’re getting an accurate summary of evidence when in reality you might only be getting get pieces of the research that tell one side of the story.  A healthy dose of skepticism and asking the right questions can go a long way. Below are some tips on how to check for evidence on different nutrition-related products. 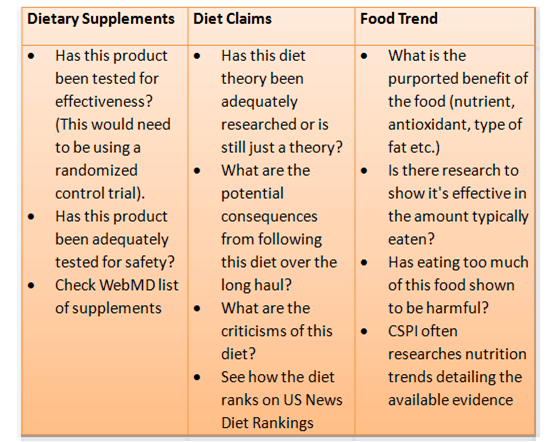 Getting to the truth

In an article in the Atlantic, Dr. David Katz makes this important point:

You’re only being a good scientist if you say, ‘I’m going to try to read the literature in as unbiased a manner as I possibly can, see where it leads me, and then offer the advice that I have based on that view from an altitude.’ I don’t see that going on here, and again, I think it’s kind of sad because I think the public is being misled.

So maybe we can tackle this challenge together. I want to take on popular nutrition trends comparing the theory to the evidence in an ongoing series. But I need to know what you want to learn more about. What are some nutrition topics that confuse you the most?

Let’s talk about it in the comments.