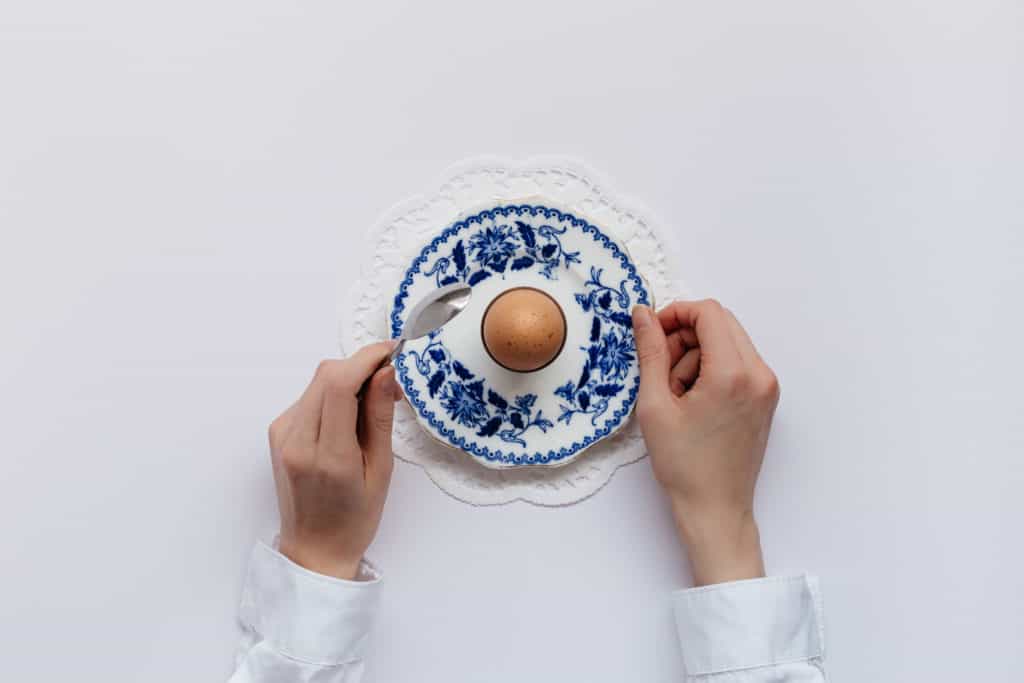 Make your bed. Clean your room. And eat your veggies!

I often hear parents lump kids’ eating in the same category as other chores. But eating food is different — very different. As we discussed in the other post on rewarding kids with food, the way we feed our children imprints their eating for years, even after they leave the nest.

So what are the long-term effects of forcing a child to eat? Let’s take a look…

After digging into the research I found a study published in the 2002 issue of Appetite surveying over 100 college students. Of these young adults, 70% said they had experienced forced-food consumption during childhood. Most often than not, the forcer was a parent and the common forced foods included vegetables, red meat, and seafood.

The scenario goes something like this: the forcer coerces the forcee to eat the target food for reasons such as health, variety, and waste. The most common tactics used were threats such as no dessert or staying at the table. In over half of these cases there was a stand-off lasting an average of 50 minutes!

What is most interesting is the internal conflict the forcees experienced — 31% experienced strong conflict, 41% moderate conflict, and 29% slight conflict. Forty-nine percent said they cried, 55% experienced nausea, and 20% vomited. Most of the responses to the experience were negative with feelings of anger, fear, disgust, confusion, and humiliation. The forcees also experienced feelings such as lack of control and helplessness.

Will they freely choose “that” food?

When asked if they would now eat the food they were forced to eat in childhood, 72% said they would not. The researcher’s explanation is that when a child finally gives in and eats something he doesn’t want to, he “loses” and the parent “wins.” So later in life, when he can freely choose the food on his own, he chooses to “win.”

Also, forced food consumption that results in gagging, vomiting, and overall disgust can cause food aversions. Pickier kids tend to be more sensitive to different textures so being made to eat something that offends them can make that item displeasing for many years, if not a lifetime.

When asked if the forced consumption changed their overall eating habits as adults, over one-third said yes. Of those who said yes, 73% said it limited their diet and 27% said it made them more open to new foods. While this is only one study, and it does not prove cause and effect, it’s an important food for thought. 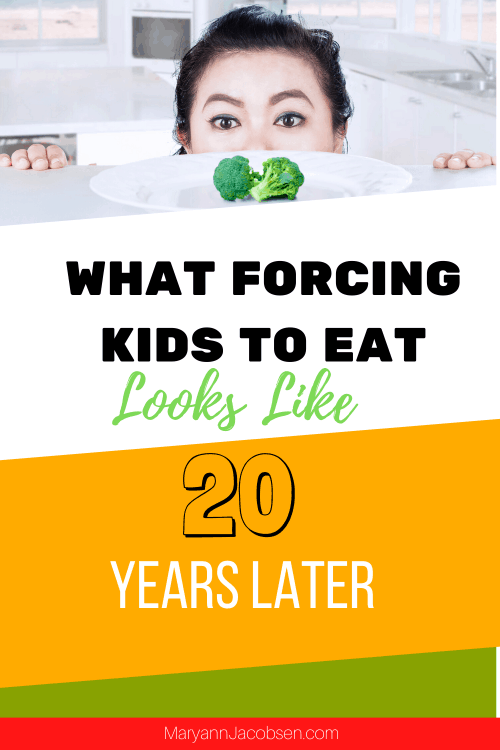 After studying the feeding literature over the last few years, it’s clear that many of the feeding strategies parents employ have the opposite effect. Forcing and pressuring causes kids to eat less and dislike certain foods. Restricting children makes them want to eat more.

I think a lot of it comes down to distrust. Parents have trouble believing their children will eventually learn to like a variety of foods on their own. When kids are highly food neophobic (afraid of foods), which peaks between 2 and 6, they can be very adamant about new foods, saying things like “I’ll never eat that!” If a parent doesn’t understand the child’s development, and that this is normal and will lessen with time, they’ll be more likely to fight against it making the stage last longer.

So as you can see, eating is different from other habits such as cleaning and brushing teeth. It involves taste, texture, appetite, temperament, listening, and trust. It’s not about making or tricking a child eat what’s in front of them, but creating the circumstances that will help a child eat well today, and 20 years from now.

So tell me, were you forced to eat food as a kid? How does it affect your eating today?