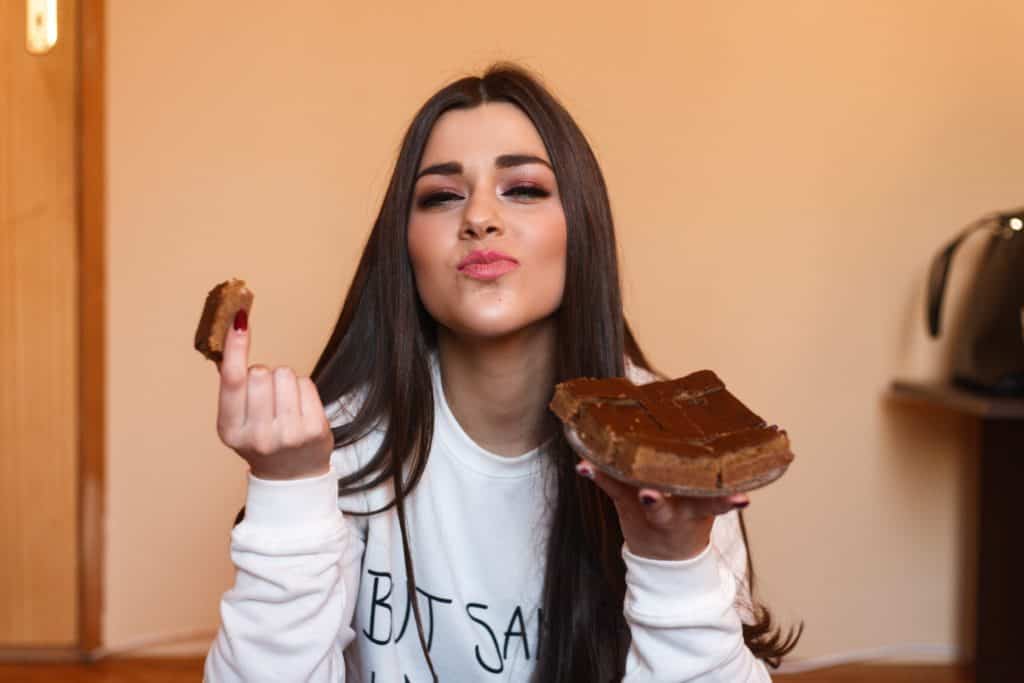 When my daughter (Big A) was 4, I took her to the hairdresser. As usual, she didn’t want to get her hair washed. The hairdresser kept pushing it until I finally said, “Maybe there’s something we could entice you with, sweetie.” While I was quickly brainstorming a reward, like a book, the hairdresser quickly chimed in with, “A lollipop —  you can’t get a lollipop unless you get your hair washed.”

Before I could say anything Big A moved (more like sprinted) straight into their hair washing seat. As she was getting situated she got scared and told me she didn’t want to do it.  The hairdresser said in a sing-songy voice, “Well, then you won’t get a lollipop.” And then Big A checked in with me: “Mom, can I still get a lollipop?”

“Yes, sweetie,” I replied.  The hairdresser glared at me, with a look of disbelief, and I told her that as a dietitian I can’t use food as a reward and then apologized.

While I think a lot of parents know that using food as a reward isn’t the best strategy– they do it because it works in the short-term. The truth?  If I didn’t know what I know, I would probably have rewarded Big A with food at some point. No doubt it would have worked.

Problem is, research shows that using food to reward (and punish) has the power to change a child’s relationship with food, and not for the better. In the feeding literature, this type of feeding is called “instrumental feeding.” Basically, it’s using food as a means to control a child’s behavior.

One common way parents instrumentally feed is to give a child a treat in turn for eating acceptably at dinner (or not giving it if they don’t). Unfortunately, this has been shown to increase value for the reward food instead of the target food. In other words, kids come to value sweets more than healthy food. In one study, children who were instrumentally fed, compared to those who weren’t, were less likely to try a vegetable repeatedly offered when there was no reward.

Other studies show instrumental feeding increases the risk of emotional eating and preferences for high fat, high sugar foods while decreasing the ability to regulate food intake. When you think about it these three go together. When a child eats in response to difficult emotions they are more likely to choose high, fat high sugar foods (foods rewarded and punished with) and because they are eating in the absence of hunger, their eating becomes dysregulated.

But the real question is what does this do for kids’ relationship with food in the long run?

For more on rewards, see my post Does Rewarding Kids to Eat Healthy Backfire? 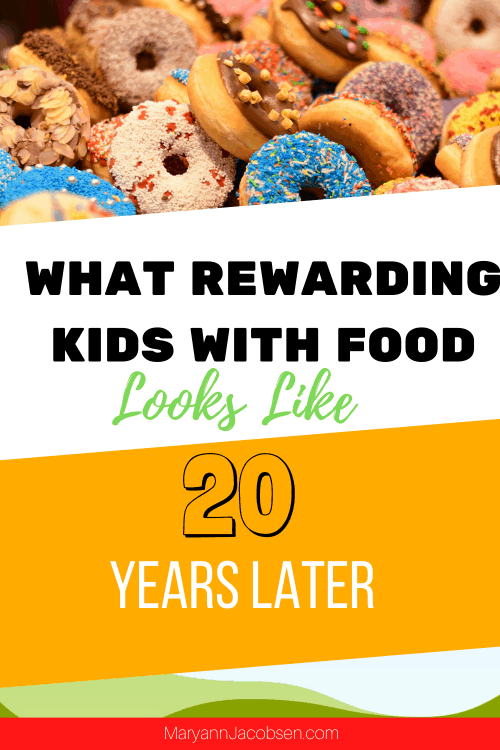 I found two studies look at the long-term effect of instrumental feeding. In a 2003 study in Eating Behavior 122 adults were asked about their current eating habits along with their memories about food as kids. The adults who recall parents using food to control behavior through reward and punishment were more likely to use dietary restraint (restricting food practices such as dieting) and binge eat.

While these studies can’t prove cause and effect, it makes you think about the learned association kids make when it comes to food. And how they carry this with them into their adult lives.

What Are We Trying to Teach?

A study done with twins suggests that emotional eating is primarily a learned behavior. In fact, 91 percent of the time it’s traced down to shared environments. It’s not written into a child’s genes being passed down from generation to generation. No, it’s something they learn, which can start very early in life.

So let’s stop using food as a reward and punishment at home, in the classroom, and anywhere else. Twenty years later, kids will thank us by having a healthy, carefree relationship with food.

Forget food rewards and help your child come to value nutritious foods all on their own. Depending on their age and stage, one of these three books can help!

My Body’s Superpower: The Girls’ Guide to Growing Up Healthy During Puberty

Photo by Rakicevic Nenad on Unsplash

This website uses cookies to improve your experience while you navigate through the website. Out of these, the cookies that are categorized as necessary are stored on your browser as they are essential for the working of basic functionalities of the website. We also use third-party cookies that help us analyze and understand how you use this website. These cookies will be stored in your browser only with your consent. You also have the option to opt-out of these cookies. But opting out of some of these cookies may affect your browsing experience.
Necessary Always Enabled

Any cookies that may not be particularly necessary for the website to function and is used specifically to collect user personal data via analytics, ads, other embedded contents are termed as non-necessary cookies. It is mandatory to procure user consent prior to running these cookies on your website.