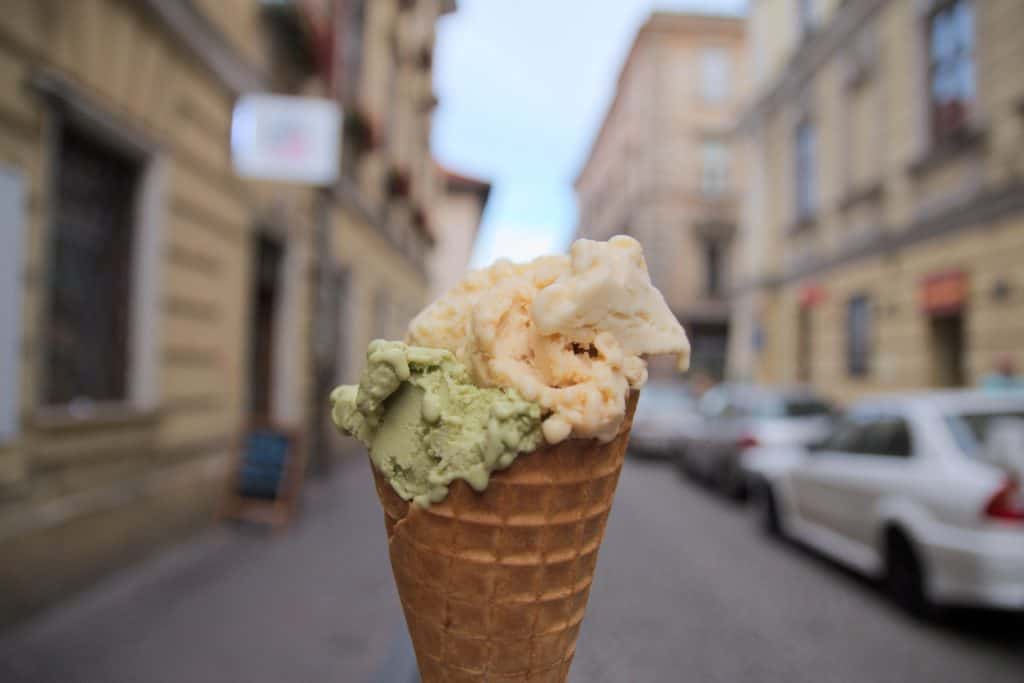 My daughter and I went to her friend’s 3rd birthday party. When it was time to sing happy birthday, the kids swarmed to the table full of cupcakes. When one girl asked her dad for another cupcake, he said “no, one is enough.” The girl kept pleading until she was in full meltdown mode.

Around that same time, my daughter asked me for another cupcake when all she had eaten of the first was the frosting. The mom voice in me wanted to say “you didn’t even eat the cake part, no way!” But because of all I know, I said “sure.” She took one lick and announced to me that she was “all done.”

As we were leaving, I could hear the girl still asking her dad for another cupcake while my daughter had already forgotten about them.

The question every parent needs to ask themselves is the way they feed their child effective in the long run? Let’s examine a few examples and see…

1. Being overly strict with sweet foods

I understand why the father did what he did. He’s worried that his daughter is eating too much sweets and wants to limit them. But while his daughter might have had only one cupcake at the party (win for Dad), she was left obsessing about the sweet treat. What is the long term implication? It’s very possible she’s going to over-eat sweets the next time she gets a chance.

According to research, parents often use restriction to help their overweight children even though research shows it backfires and contributes to further weight gain.

Now the answer is not to give your child sweets anytime they want them. Instead of saying no to their requests, tell them they can have it at another snack or meal (example: can I have a cookie momma? I don’t have that planned for today’s snack but maybe next week). Letting them know they will have a cookie at some future date (instead of yelling “no”) teaches kids that eventually they will have a cookie and when they do they can eat until they’re satisfied.

For more on this read Why it’s Okay to Say No to Your Child About Food.

2. Making them eat “this” before they can eat “that”

My daughter often has cereal with fruit for breakfast. Lately, she’s been eating most of the cereal and little of the fruit. When she’s done with the cereal and asks for more my mom voice tells me to say “not until you take a few bites of your fruit.” If I did that she would eat the fruit and it would make me feel better.

But what does this feeding strategy do over the long run? Which food becomes more desirable to kids – the fruit (or vegetable in other cases) or the cereal? Studies suggest that asking a child to eat a certain food in order to get something else makes them less likely to eat the required food when left to their own devices.

And if I know my daughter, she’ll change her eating again soon. Just a few weeks ago she ate 5 clementines and only had a couple of bites of cereal.

3. Having them take a few more bites before leaving the table

Dinner is my daughter’s – and most likely other kids’ – worst meal of the day. When my daughter barely touches her dinner my mom voice tells me to say “take a few more bites.” And when its really being pushy it adds, “and if you don’t there will be no after-dinner TV.” No doubt this strategy would help get her to eat a little more at dinner time.

But over the long run something else may happen. Instead of listening to her body, she’d learn to focus on external cues to decide when she’s done, including the okay from mom or dad. I know a lot of parents don’t consider weight a problem for their picky eaters, but we all need to remind ourselves that 6 out of 10 adults are either overweight or obese. Teaching children to listen to their hunger and fullness signals is vital for their future health.

So I ignore the mom voice (again) and look my daughter in the eye and ask her if she’s sure she’s done. I ask her if her tummy is full – reminding her to check in with herself. Some kids get distracted at meals and need to be reminded of the task at hand.

Read: What Forcing Kids to Eat Looks Like 20 Years Later

Of course, other strategies like serving fruits and vegetables as appetizers and making sure kids’ afternoon snack isn’t close to dinnertime can help a great deal.

But as parents, we need to challenge that little voice that tells us we can control our little one’s food intake. There’s a place in the middle and I struggle to stay there every day.

So if you don’t have a feeding strategy, maybe it’s time to get one.

Got a picky child? Check out my book From Picky to Powerful: The Mindset, Strategies, and Know-How You Need to Empower Your Picky Eater

Concerned your child is obsessed with sweets or eats too much? How to Raise a Mindful Eater may be for you