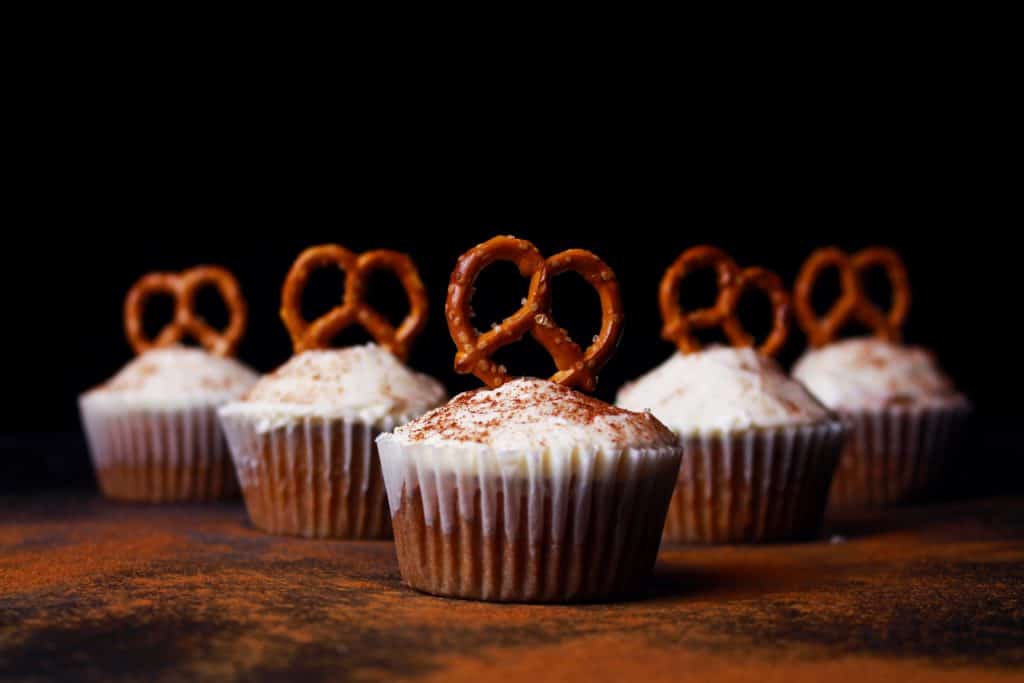 We were at a family gathering where the kids had access to sweets (donuts) and lunch food (sandwiches, pasta salad etc). I helped them get food and sat them down. I went to get my food and when I returned, Big A told was quick to point out how much she ate and wanted to know if she could have her donut. Little D followed his big sister’s lead.

Here’s the thing. My kids don’t have to eat a certain amount to get dessert when we have it. Even so, they have learned that dessert really is the star of the show. Now I understand that part of this has to do with kids’ preferences, but I still didn’t like it.

So I decided to help level the playing field by making a simple, but significant change.

Dessert with dinner — why now?

I’ve known about the serve-dessert-with-dinner strategy recommended by Ellyn Satter for some time now.  In fact, I typically offer it as an option for parents who struggle with what I call “the dessert dilemma.” And I usually hear really positive things like the following:

I’ve been trying it, and so far, it looks like it may revolutionize our dinner-times– and get my kids to eat more of their healthy food! There is actually time for regular conversation when the negotiating over sweets disappears.

I’ve resisted it because overall dessert has not been an issue for us and I didn’t want to feel obligated to always have dessert with dinner. But now I see that not only can it be helpful, but it doesn’t have to change how often I offer dessert. I can do what I’ve been doing but simply choose to serve dessert with the meal instead of after.

I wanted to try this while my kids, 5 and 8, are still young enough. As they get older it really won’t matter so much and I’m sure dessert after dinner will naturally evolve.

Basically, the idea is to offer the sweet item you were planning to have with the meal instead of after. Because the food is competing with other nutritious foods, it’s important to keep the portion relatively small and not allow for seconds. Satter suggests having other times, like an afternoon snack, when kids can eat as much as they want (for example, cookies with milk after school) to avoid fixating on those foods because they are always limited.

This transition has been really easy. Big A was excited when I explained it to her “You  mean I can eat chocolate first?!” When I served ice cream one night, Little D decided to eat it before his burrito but Big A wanted to save it. I also notice the kids stay at the table a bit longer and there’s less talk about dessert because it’s right there. 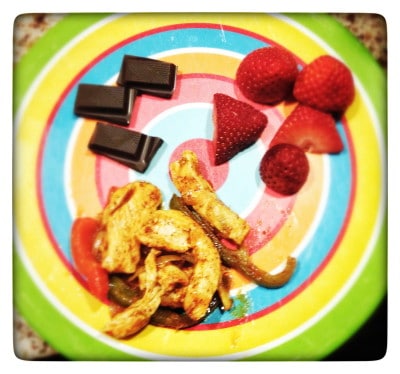 This isn’t about getting my kids to eat less, it’s about taking the attention away from sweets in a world that does the opposite. Sweets are just another enjoyable food to eat but not the main event. I think dessert with dinner gets that message across loud and clear.

Anyone else tried serving dessert with dinner?

Want more strategies for making sweets less of a big deal? Check out Maryann’s book How to Raise a Mindful Eater: 8 Powerful Principles for Transforming Your Child’s Relationship with Food 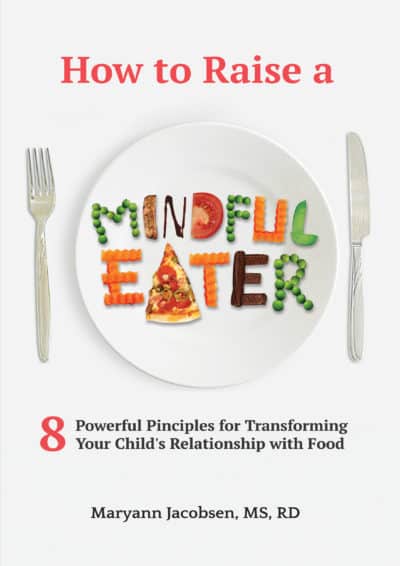