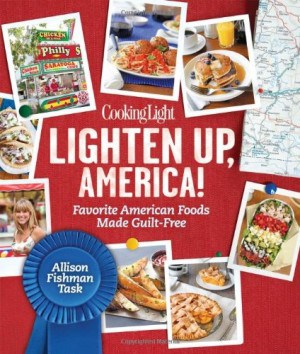 Family dinners. Everyone knows they need to make time for them. And, of course, that includes planning them. But life has a way of getting in the way. Often times, this ritual can take a hit and the guilt parents face hits a record high.

There’s been a trend of honest articles where parents admit to either not liking to cook family dinners or to questioning if its worth the trade-offs. This piece in New York Magazine about a mom admitting she doesn’t like to cook caused a stir:

“…cooking belongs, inevitably, to the moms. I’ve tried to find outrage among my sister mothers about this reactionary development. But here’s the unkindest cut: It turns out that other women — traitorously — now like to cook. They find cooking expressive and fascinating. No one but me wants to be a born defroster anymore. “I hear you, but I like to cook,” said one feminist the last time I tried my bold association of foodism with rank misogyny.”

And who could forget that article on Slate (Let’s Stop Idealizing the Home-Cooked Family Dinner) summarizing research on 150 families saying most struggle to reach the family meal ideal:

“The mothers they interviewed had largely internalized the social message that “home-cooked meals have become the hallmark of good mothering, stable families, and the ideal of the healthy, productive citizen,” but found that as much as they wanted to achieve that ideal, they didn’t have the time or money to get there.”

Over at Finding Our Best Selves, a husband and wife team write about all the things they don’t do, which include cooking as much as they want to.

“Thank goodness for BJs & Trader Joe’s frozen meals and a neighbor who caters reasonably-priced home-cooked meals for busy families. Without them, the whole family would be on a peanut butter-and-jelly diet five nights a week.”

I like honest feedback because only when we are truthful can we find solutions that work for us. I’ve been meal planning since I started family meals 6 years ago. No doubt it has helped me get meals on the table, but there are still barriers that rear their ugly head. Some are new as our schedules change and others are constant, like running to the store during the week for those missing items.

I’m in the process of shaking things up a bit which is why I haven’t posted meals plans lately (more on that later).  I’ve been mulling over how I want to make changes and simplify in the new year.  As I reflect, I want to know your family dinner obstacles and successes.  Are you satisfied with your meal repertoire?  Ease of preparation?  What about organization and execution? What have you found works and doesn’t work.

As incentive, I have two cookbooks from Cooking Light to send off to two winners entitled: Lighten Up, America: Favorite American Foods Made Guilt Free.  All you have to do is leave a comment, telling me how family dinners are going in your home.  The giveaway will end this Friday the 5th. And don’t forget that radical honesty thing! You’ll never get judgment here.