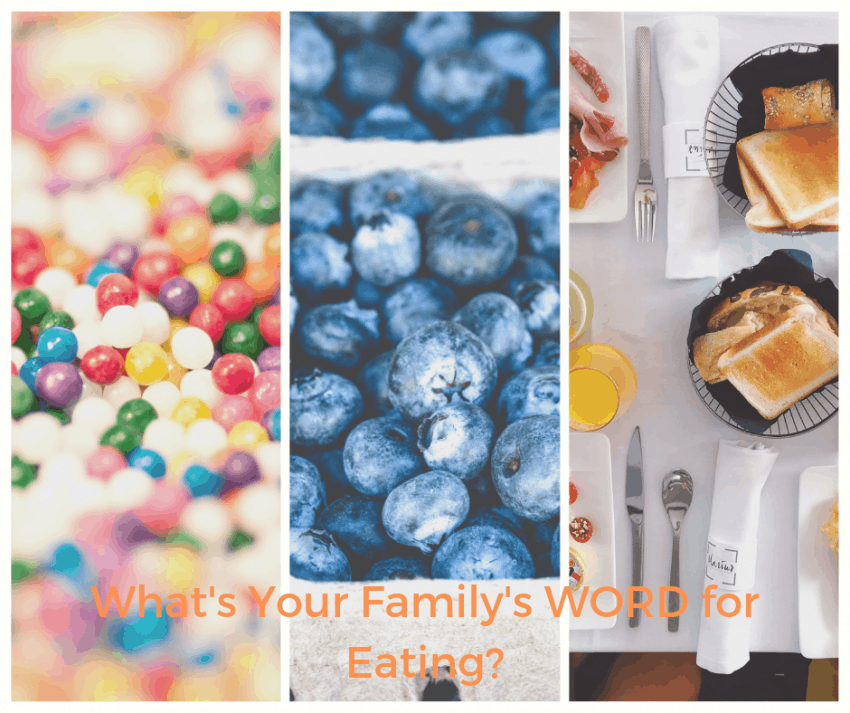 In the book Eat, Pray, Love, Elizabeth Gilbert travels across the globe to find herself. She sets out to discover the “word” that best describes what she stands for in life.

Each country she visits symbolizes an important aspect of life. Italy, her first stop, is all about enjoying food. You could say the Italian “word” for eating is “pleasure” and she joins right in, deciding she is “done with the guilt” when it comes to her favorite pastime.

But first, why beliefs about food matter

How many times do you hear someone say they were “bad” because of something they ate? Or read an advertisement for a “guilt-free” dessert? How about someone who says they “should” order the healthy option but really don’t want to?

Most people don’t realize that the judgments they make about food, especially in regards to health and indulgence, have an impact on what and how much they eat.

In one study, people asked to eat food labeled as “healthy” reported more hunger than individuals asked to eat the same food described as “tasty.”  The belief that healthy food would be less satisfying had more of an effect on physical hunger than the food itself.

In another study, subjects chose 3 slices of bacon (109 calories) as more weight-promoting than a large raisin bran muffin (460 calories) even when the calorie content was printed out for the subjects to see.

Without knowing it, healthy can be associated with deprivation and difficulty eating certain foods in moderation, especially those that don’t fit the “healthy” definition. That’s why it’s important to consider if our word is bringing us what we want.

Rochelle, a mom from Palo Alto, is amazed at how differently she and her Eastern European husband, Victor, view sweets.

“In Victor’s culture it is routine to have something sweet following a well-balanced meal like baklava or gelato but no one gorges on it,” she said. “It is viewed the same as the main course meaning there is no real judgment on these foods.”

She explains how his side of the family also has no phobia of alcohol or bread. “Alcohol is not to get drunk on and bread is not something you get fat on and BOTH are expected at most meals.”

5 Ways to Cultivate an Appreciation of Food in Your Child

Examining the WORD you grew up with

Emily and her husband, who live on a farm, came from very different worlds when it came to eating.

“My brother and I always had well-balanced meals, chock full of protein, veggies, fruits — sweets in moderation just kind of came with the package,” she said. “They were never taboo, and therefore, I never felt guilty about enjoying them.”

Emily says that “her husband  grew up in a family that treated sweets as the devil, and if you didn’t gobble up the evidence quickly, it would be there staring at you in the face.” He has learned, through his wife and children, that that sweets and other “high-density foods” should be enjoyed, not devoured.

A family’s culture of eating comes directly from the parents– they set the tone. So every parent needs to ask themselves whether or not they want to hand down their own food legacy or take steps to change it. Other times, parents go to another extreme to combat the type of eating they had growing up, which may not be beneficial either. In Fearless Feeding we call this Reactive Feeding:

We have found that reactive feeding often stems from painful memories of food and eating, especially being forced to eat. The problem with going to the opposite extreme is it brings on a whole new set of problems, whether it’s catering to a child because you were forced to eat or being too lenient because you had too many limits around food.

Colleen, a recovering dieter from Baltimore, is working on revamping her relationship with food before having kids.

“I’m trying to accept and love my body as it is and to listen to it,” she said. “If I’m really listening to what my body wants and when it’s full, I don’t have to worry about the depriving/binging cycle.”

She explains how this is a big mental shift for her. “I have by no means gotten this down perfectly yet, but I’m so much happier (and slowly getting healthier) than when I was dieting.”

Scarcity was my word for eating while growing up. With five kids in the house, sweets disappeared as soon as they came in. As a young adult, I felt the need to overeat such foods until I decided this word wasn’t working for me (plus, I lived alone!).

Dietitians are notorious for saying all foods fit into a balanced diet — and I finally learned this was the best way for me to eat. Accepting all foods allowed me to tune into my body and figure out what it really needed, which was mostly nutritious foods with some goodies sprinkled in. So instead of teaching my kids that nutrition is the only reason to eat, I teach them there is a time and place for all foods. Some are served more (or less) frequently than others but all should be enjoyed.

So the word for our family’s eating is balance. Striving for a balance between all foods, including sweets, gives us the best of both worlds. And it reminds us that satisfaction and nutrition can happily coexist.

Even when we have some nachos, it’s balanced out with fruits and veggies. And when life gets hectic, we are able to be flexible with our meals. I’ve brought up this word so many times that they have begun to notice when they are out of balance and seem to want to get back to it.

But your word might be different so if you haven’t yet, consider adopting a word (or phrase) around food and explain it to your kids. You can even ask your kids what they think the word is (that can be interesting). It should describe your values around eating and it’s a good idea to help your kids understand why it’s important.

Got a word for your family’s eating?

Want more on feeding at every stage (including adulthood), meal planning, and creating a pleasant atmosphere around mealtime? Check out Maryann’s book Fearless Feeding: How to Raise Healthy Eaters From High Chair to High School.

This website uses cookies to improve your experience while you navigate through the website. Out of these, the cookies that are categorized as necessary are stored on your browser as they are essential for the working of basic functionalities of the website. We also use third-party cookies that help us analyze and understand how you use this website. These cookies will be stored in your browser only with your consent. You also have the option to opt-out of these cookies. But opting out of some of these cookies may affect your browsing experience.
Necessary Always Enabled

Any cookies that may not be particularly necessary for the website to function and is used specifically to collect user personal data via analytics, ads, other embedded contents are termed as non-necessary cookies. It is mandatory to procure user consent prior to running these cookies on your website.