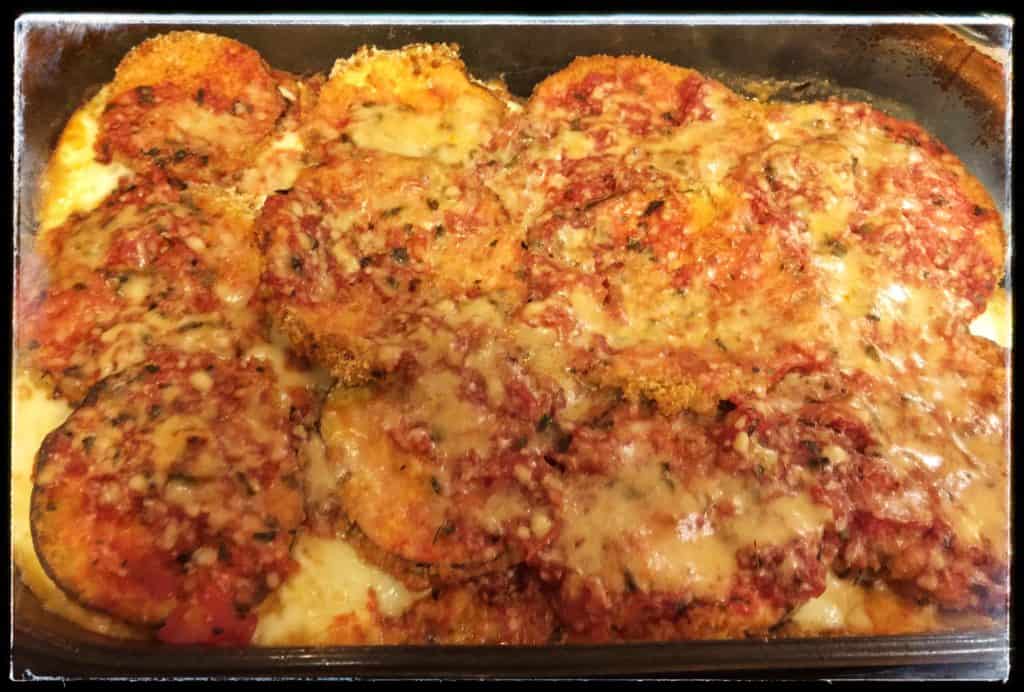 I have a confession to make. Sometimes a new meal will go into my rotation and I won’t make it for several weeks. Every Sunday I check the planned meals from my rotation and I don’t always feel like venturing into the unknown. Especially when it’s one of those weeks!

That’s what happened with Eggplant Parmesan. A few times now I’ve swapped it out with a tried and true  dish for Tuesday’s Italian night. There’s always that fear that no one but me will like it, and my husband is less enthused about no-meat dishes (unless it has beans). If a meal is totally new territory for me, I will make it when the kids are at school.

I’ve never cooked with eggplant and have always liked it the times I’ve eaten it. Every time I’d see those beautiful eggplants at the store a rush of guilt would hit me. I like to at least try to cook most vegetables (dietitian guilt, I know, I need to get over it!).

So one Tuesday when we had only one kid home for dinner I finally made it. I had saved this recipe from Simply Recipes, and didn’t feel the need to change it too much. The eggplant stage was a bit time consuming but next time I’ll have my kids help. Basically, you cut the eggplant into rounds and dredge it in flour, egg, and bread crumbs. I skipped the step of letting the eggplant sit for 2 hours, but may try this next time. Then you bake the eggplant for 30 minutes. 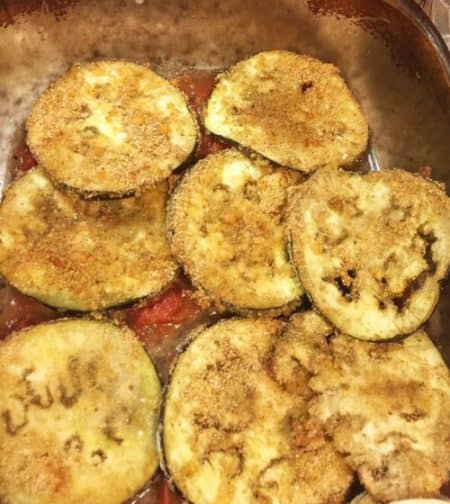 While it’s baking you make the sauce. After the eggplant and sauce are done, you layer it like lasagna. A definite make-ahead meal. 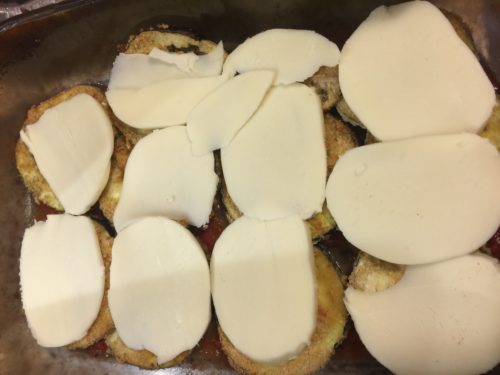 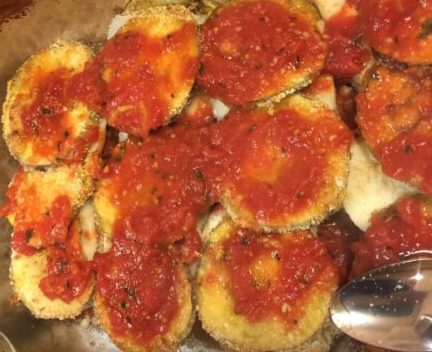 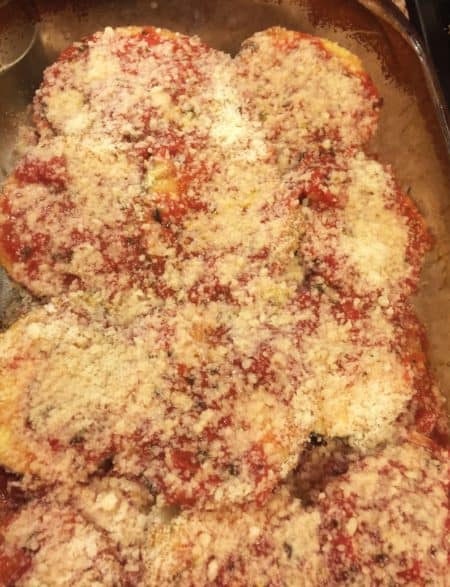 It turned out pretty good, and was even better the next day. You know how I can tell my husband likes it? He accepts it for his lunch the next day. Little D stared at it like it was a foreign object so definitely will have him help make it next time.

Do you make eggplant parmesan? Any other eggplant recipes to share? 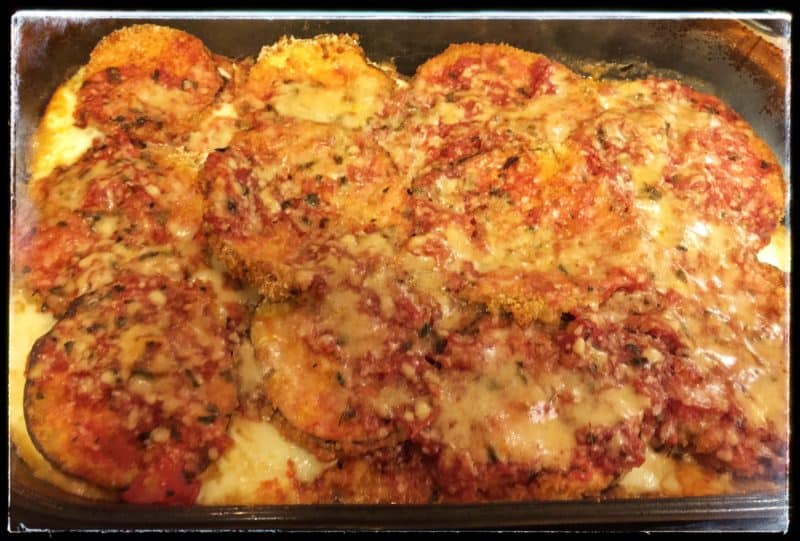